In early June of this year, a single vehicle accident on the Massachusetts Turnpike in Warren resulted in the death of the driver with injuries to the passenger. State police arrived at the scene around 6:00 a.m. and reported that the driver had been ejected from the vehicle. There were no other reports on what caused the driver to lose control. 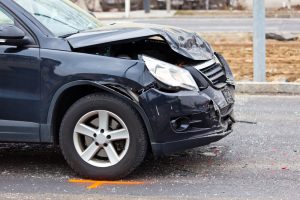 Without too much speculation about the cause of the accident, it is apparent that the driver was traveling at a high rate of speed and was likely not wearing a seat belt. When you fail to wear a seat belt, you are 30 times more likely to be ejected from your car. You also have a more than a 75% chance of sustaining fatal injuries when ejected.  Remember Princess Diana?   The three people who died in that high speed crash were not wearing seatbelts – and the person that survived was wearing a seatbelt.

Single vehicle accidents are much more common than you might think. In 2020, 55% of all fatal accidents in the U.S. were one-vehicle crashes. Massachusetts was just over the national average that year with 56% of its fatal accidents not involving any other vehicle.

Causes of single vehicle accidents are:

Any car accident can be avoided, or the risk minimized by taking certain precautions depending on the circumstances involved. If driving early in the morning or late at night, you should be cognizant of fatigue and to either allow a passenger to drive or else stop somewhere to rest or turn in for the night.

In severe weather where visibility is extremely limited or other vehicles are traveling very slowly, it is safer to pull over to a safe location and to wait out the storm than risk an accident. In other kinds of weather that may not be as extreme, slow down in any event since you can easily hit an ice patch, black ice, or suddenly encounter a vehicle out of control.

Engine and tire pressure lights, if on, should never be ignored or service delayed. You could suddenly lose power, steering or braking while traveling at 70 miles per hour on any roadway.

Finally, never drink and drive or take drugs, legal or illegal, that can compromise your perceptions or judgement. And of course, always wear a seat belt.

Getting Compensation in Single Car Accidents

A passenger who is injured in a single car accident can seek compensation from the driver so long as liability is established in that the driver was negligent in causing the accident. In the fatal accident on  Mass Pike, only the passenger can testify as to what occurred although an examination of the vehicle could uncover mechanical issues that caused the driver to lose control.

It is more likely that the driver in this case either fell asleep, impaired, was focusing on his smartphone, or negligently took evasive action at a high speed that caused the vehicle to leave the roadway, and for him to be ejected from the vehicle. Since the passenger was not the cause, then the driver’s insurer must accept liability.

It is possible that another vehicle caused the injured passenger’s driver to take evasive action that resulted in the crash. If so, and the other vehicle could not be identified, then the driver’s uninsured motorist coverage (UM) could apply. Insurers are more likely to offer UM if there was a collision between the vehicles and the other car fled the scene.

Passengers are usually friends of the driver. But if you suffered injuries through no fault of your own, then you are entitled to be compensated for your injuries and other damages. If the driver was at fault, then your car accident attorney will file a claim against the driver’s insurer and not the driver personally.

Damages in a typical accident injury claim might include:

Damages need to be proved to the satisfaction of the insurer, or via the standard of by a preponderance of the evidence; i.e., that it is more likely than not that you suffered damages and in the amount you are claiming, before you can expect to be adequately compensated. Your compensation also depends on the available insurance coverage that your car accident attorney can determine.

Few car accident claims have no issues regarding either liability or damages or both. An experienced car accident attorney from Burns and Jain has successfully handled all types of car accident injury claims. Call us at (617) 227-7423 for a free consultation about your injury claim.