Summer is here and with school out, that means that more teens will be driving regardless of increasing gasoline prices that show no signs of abating. In Massachusetts and across the nation, this also unfortunately means more car accidents and fatalities. However, with parents guiding their teens and providing examples of safe driving, teens can avoid risky driving behavior that robs us of so many young and promising lives. 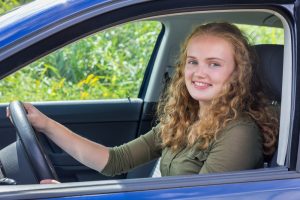 According to the National Highway Traffic Safety Administration, parents are the biggest influencers on teen driving behavior. They can take advantage of their authority and influence by reviewing and stressing 5 tips on safe driving habits for teens.

These simple tips can drastically reduce the chances that your teen will be injured or killed in a car accident, but it takes an effort by all parents to become involved in their teen’s driving experience. Even once they get their license, continue to accompany them and to set a good example yourself at all times.

Of course, teens are not responsible for all accidents and are often victims themselves, especially if they are passengers in cars driven by drivers under 18 or 21. An experienced car accident attorney can advise you regarding liability issues, insurance coverage, and how damages are calculated.

Any car accident injury claim should only be handled by a seasoned and veteran car accident attorney. At Burns and Jain, our attorneys have been handling car accident claims for decades, regardless of the issues and complexities involved . Call us at (617) 227-7423 for a free consultation about your injury claim.