While the recent spate of firearm-related deaths in the country has reminded us that the U.S. may be the most violent nation in the world, we should not forget that the U.S. averages around 6 million car crashes annually, which is more car accidents per year than any other nation with some states, such as Massachusetts, far outpacing others. 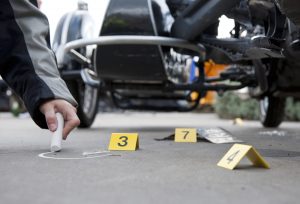 To highlight the carnage on American highways, the national on-road fatality rate is 12.4% of all car accidents, which is an astounding 50% higher than in countries like the UK, Japan, and Canada. It may not be a huge surprise to Massachusetts residents that we lead the nation at 17.14% in the percentage of drivers with a prior at-fault accident according to Insurify, an auto insurance quotes comparison site, with the national average hovering around 12%. Many of the worst states are those with high urban populations that dot the Northeast corridor. These drivers have a high propensity of being involved in future accidents.

It is no surprise that more sparsely populated states such as Mississippi, New Mexico, Oklahoma, and Nevada have the lowest rates, with Michigan leading the pack at 6.18% for the percentage of prior at-fault drivers. Curiously, the states that reported the highest accident-prone drivers did not have substantial records of risky driving behavior such as drunk driving and driving on a suspended license. Speed, though, was correlated with prior accident rates. States with the highest number of car crashes had lower fatal car accident numbers than states with significantly less non-fatal accidents. Our state, for example, has only 0.51% of fatal accidents out of 100,000 crashes. We are also the second worst state for using seatbelts, which should result in more fatal accidents.

Our low fatal accident rate, though, is probably due to the large number of fender bumper collisions on our numerous congested roadways. In states with lower overall accident numbers but higher fatal accidents, crashes appear to be more severe since drivers are able to speed more readily on far less congested roads.

Statistics have shown that states that have graduated licensing systems for young, novice drivers; serious driver education programs; and have made wearing a seat belt a primary offense, are those with far lower fatal car accidents. Other factors such as travel patterns, local driving norms, and state-level traffic laws play a major role as well.

Drivers with prior at-fault accidents will pay more for insurance coverage, which is mandatory in 49 states and the District of Columbia though minimum rates vary among the states. In Massachusetts, the minimum coverage is $20,000/$40,000, meaning that an injured party may only recover up to $20,000 from a minimally insured, at-fault driver. If there are multiple claimants, no more than $40,000 in coverage is available with no claimant able to recover more than $20,000.

As a responsible motorist, you should purchase more than the minimum liability coverage since your personal assets are at risk if you are at fault where a claimant or claimants suffer serious injuries. If you suffered serious injuries, you also want to be covered if the responsible driver had only minimal liability limits by purchasing underinsured (UIM) coverage of at least $100,000. For instance, if an at-fault driver had only $20,000 in liability insurance, you can recover up to $80,000 more from your own UIM coverage once the other party’s $20,000 is offered and recovered.

Damages in any car accident injury claim depends on the nature and extent of your injuries, liability issues, and the availability of insurance coverage. Having an experienced car accident attorney handle all aspects of your claim from the beginning is essential if you want a satisfactory recovery. A seasoned car accident attorney will determine what parties are at fault and their available insurance coverage or assets, protect you from any claim of liability or comparative fault, gather all evidence necessary to prove liability and damages, and negotiate a fair resolution for you.

Handling your own injury claim is never a good idea. Studies have consistently demonstrated that injured parties who retain a car accident attorney recover far more in compensation than those who handle their own claims. Call us at (617) 227-7423 for a free consultation about your injury claim.