On the evening of February 22, 2022, a freshman at the University of Massachusetts-Amherst was walking on Massachusetts Avenue when she was struck and killed by a motorist, another UMass student. She was rushed to Baystate Medical Center where she succumbed to her injuries. Her death has prompted the university to implement safety measures to prevent future tragedies. 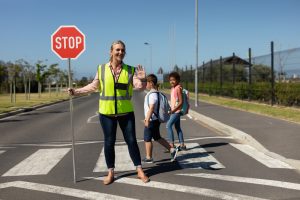 Massachusetts Avenue is a major thoroughfare for vehicle and pedestrian traffic, mostly students. It runs downhill from North Pleasant Street to the intersection with Commonwealth Avenue. Students have complained that the street is a hazard since it practically invites motorists to speed given its straight, downward slope.

In response to a student petition, the university has installed a covered pedestrian walkway with the added protection of a jersey barrier. Since the school has jurisdiction or authority over this portion of Massachusetts Avenue at the area where the student was killed, it has reduced the speed limit there from 30 miles per hour to 20 miles per hour. Further, flashing lights for the intersection crosswalk are being added as well, which are activated by push button. The UMass police department has stationed a police officer who has been permanently stationed at the site of the incident since it occurred.

The responsible student motorist has apparently not been charged. According to police, rain and poor visibility were contributing factors. Speed was not cited as an additional factor. It should be noted that Massachusetts Avenue has no speed bumps that can significantly reduce speed, though this measure has not been included as part of the new prophylactic measures. Still, it appears that the university has reacted swiftly and appropriately to the tragedy.

Some suggestions for pedestrians and motorists are:

In the majority of pedestrian accidents, liability rests on the motorist. Even if the pedestrian was not in a crosswalk, a pedestrian is at an obvious and severe disadvantage on any roadway. Many accidents occur at intersections and at night when visibility is limited or obscured. Motorists may not be paying attention to someone walking on the side of the road or to pedestrians in a crosswalk.

Motorists have a duty to exercise ordinary care when driving, which includes obeying the traffic laws, driving appropriately under the weather and road conditions, and being on the lookout for pedestrians. While pedestrians also have a duty to be safe when crossing the street, absent their suddenly darting into the roadway or into the path of an unsuspecting motorist, any finder of fact will in most cases find the motorist failed to exercise reasonable care in not seeing the pedestrian or using caution under the circumstances.

In the UMass tragedy, the family may with the assistance of a seasoned wrongful death lawyer be able to show the school may also have been negligent in not having had adequate safety measures in place that could have avoided the accident. The school may have been on notice for several years that the site where the accident occurred was unsafe and declined to respond to complaints from students or residents to slow traffic or to design safety measures to reduce the hazard of a pedestrian-motorist incident.

Damages in a wrongful death case depend on many factors and often require expert testimony to establish income loss or to demonstrate that the negligent conduct of a motorist was the cause of the fatal injuries sustained by the pedestrian.

Wrongful death claims are instituted by the executor of the decedent’s estate. To be sure of obtaining all the compensation to which you are entitled, an experienced wrongful death lawyer can address issues of liability, in locating other possible parties as defendants, and in demonstrating damages to the satisfaction of insurance companies or juries.

Because a student was killed, a forensic economist retained by your wrongful death lawyer can offer evidence of what the decedent was reasonably expected to have earned over her lifetime based on her academic record, skills, and ambition, among other factors.

Retain a highly experienced wrongful death lawyer from Burns and Jain. We have represented numerous families in wrongful death cases and obtained millions of dollars in compensation for our clients. Call us at (617) 227-7423 to schedule a free consultation about your injury or wrongful death claim.