In a car accident caused by the negligence of another motorist, you can make a claim for injuries against the motorist or his insurer.  This means having incurred medical expenses of at least $2,000 or having sustained a serious or fatal injuries.  There are also many accidents where more than one party or entity may have contributed to the collision including a governmental entity over issues such as defective highway design or road maintenance.  But can you sue the state RMV for its alleged negligence over failing to suspend the driver’s license of a man who allegedly caused a tragic and fatal accident? 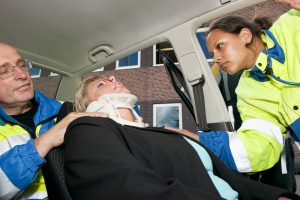 In a 2019 accident in New Hampshire where seven members of a motorcycle club were killed in a horrific collision involving a small truck, one of the survivors who sustained serious injuries has filed a lawsuit against the Massachusetts Registry of Motor Vehicles, or RMV.  His claim contends that the state agency failed to record and suspend the license of the Massachusetts man responsible for the tragic accident whose license had previously been suspended by the State of Connecticut for intoxicated driving.  As a result, the man was able to continue driving on a valid driver’s license and for the Westfield Transport Company, which is no longer in business.  In fact, the complaint has alleged that the RMV failed to suspend the licenses of thousands of individuals who had committed serious traffic violations in other states.

In fatal and serious injury accident cases, a Massachusetts car accident lawyer will explore all avenues of possible liability by other parties or entities since a single party often has insufficient insurance coverage or assets, especially where there are multiple claimants.  In this case, the transport company was obviously a party since it was found to have hired the driver who allegedly caused the accident despite a history of multiple accidents and convictions, and that it had no safety program.  Its representatives had also lied to authorities on maintenance and inspection records.

Can the RMV be Sued?

Suing the RMV is another matter.  In this case, the lawsuit alleged that the RMV failed to process thousands of license suspensions and revocations for offenses committed out of the state. The typical process or protocol when a driver commits a serious violation such as drunk driving is that the out-of-state licensing agency reports the violation to the state where the individual was issued his driver’s license.  Apparently, the State of Connecticut where the defendant had committed a drunk driving offense did report the violation to the RMV, but the Massachusetts RMV failed to act as it was obligated and mandated to do.

Duty Versus Breach of Duty In Massachusetts Car Accident Law

The injured victim in this matter will undoubtedly face an uphill battle in suing the RMV.  State appellate court rulings have found that the RMV is immune from most lawsuits since usually only clerical errors are or typical reason licenses are wrongfully issued.  This particular case may present a unique circumstance since the agency overlooked or failed to suspend thousands of licenses based on out-of-state violations.  The RMV breached their duty, and important part of tort, or motor vehicle injury, law.  But, perhaps more importantly, you also have to prove that the breach of the duty was the cause of the injury.  If you drive too closely behind someone, you have breached your duty – but you have not harmed anyone.  If you crash into the rear of someone, your breach of duty has now harmed someone’s vehicle, and perhaps its occupants.

Whether this was an intentional or malicious act as alleged by the claimant, or just a so-called lamentable clerical or even technological error, is an issue that the appellate court will likely have to address.

Any claim made against a government entity such as the RMV must be brought under the Massachusetts Tort Claims Act.  Under this law, you can sue a public agency and bring the same claims as you might have against an individual so long as the claim alleges that the tortious or negligent act occurred within the scope of the government employee’s obligation or task.  In this case, the RMV’s employees had the authority and duty to suspend the license of any Massachusetts driver who was found in violation of another state’s drunk driving laws.

Individual government employees can also be sued provided that their wrongful act was outside the scope of their employment such as for intentional acts that caused injury although the agency would then have immunity from liability in such a case.

Under the Tort Claims Act, you must present a claim within 2-years of the incident to the executive officer of the appropriate entity or agency.  There are other requirements to follow that an experienced car accident lawyer can explain to you and handle on your behalf.

However, the compensation that you can possibly recover from the RMV, or any other involved government agency, is limited to $100,000 per person.  If the injured motorcyclist or the executors of the estates of the decedents choose to bring claims against individual employees, they could presumably recover more than $100,000 from each responsible employee.  Again, whether such employees can be held personally liable is an issue that the courts will have to resolve.

Damages can be substantial in many car accident claims where a person has suffered catastrophic injuries. An experienced and veteran car accident lawyer can handle and explore the possibility of other compensation from multiple sources, including government agencies in some cases. Damages in injury cases often include:

Some cases like the one involving the RMV and the tragic deaths of the seven motorcyclists involve complex issues of government immunity, compensation, and the responsibility of certain entities to motorists.  If someone breached their duty to you, or your loved one, and as a consequence you were injured, call Burns & Jain.

In any serious or fatal car accident, call a car accident lawyer from the law firm of Burns and Jain at (617) 227-7423 for a free consultation about your accident injury claim.