Last December of 2021, a Worcester, Massachusetts man was charged with hit-and -run, along with numerous other charges including his 7th OUI, after the pickup truck he was driving, which had been reported stolen, struck, and injured a motorist on Sutton Avenue in Oxford. 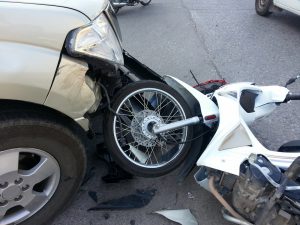 Police were able to apprehend the 56-year-old man after he had abandoned his truck and tried to hide in the woods adjoining Cudworth Avenue.  The injured motorist had followed the truck after his vehicle had been struck and reported the accident to police who were able to locate and follow the truck and its driver.

Curiously, the responsible motorist’s driver’s license had only been suspended or revoked in September despite the unusually large number of drunk driving convictions.  According to reports, the driver had previous OUI convictions in Bristol, Wareham, Hingham, Brockton, Lynn, and Taunton.

In many cases, a driver with more than 3 impaired driving convictions over a 10-year period risks a license suspension of several years, and more can result in a permanent suspension, although he could have petitioned to have his license reinstated after several years.  In any event, the driver chose to either steal a vehicle or knowingly drove one that was stolen and while not possessing a valid license.

In most hit-and-run accidents, the responsible motorist is never located and the injured party has to rely on his/her own insurance policy and its uninsured provision (UM).  In Massachusetts, UM coverage is mandatory.  Most UM coverage mirrors that of the auto liability provision. For instance, if you have a $50,000 liability coverage, then your UM will be the same.

In this case of the Worcester accident noted above, the impaired driver was operating a stolen vehicle.  Unfortunately, auto policies exclude coverage for any property damage or injury that the driver of a stolen vehicle causes.  In such cases, the injured party must seek compensation from his own insurer under the UM provision of his policy.  Hopefully, the injured driver possessed more than the minimum coverage required by Massachusetts, which is only $25,000/$40,000, which would also apply to his UM limits.  That means that any one party who injures another is covered up to $25,000 for a single claim, and a total of $40,000 for multiple injury claims though limited to $25,000 for any single claim.

Hit By A Drunk Driver

In other cases where at-fault drivers are insured but possess low liability limits such as $25,000, you can seek additional compensation under your own policy so long as you purchased underinsurance (UIM) coverage that exceeds the liability limits of the responsible driver’s policy. In Massachusetts, UIM is not mandatory, and you must purchase it separately. For example, if the liable party had only the minimum of $25,000 in liability coverage and you purchased UIM coverage of $100,000, you can recover up to $75,000 in additional coverage.

Other possible avenues of compensation include a dram shop claim if the driver had been drinking at a restaurant or bar and was served while obviously intoxicated. It can be difficult to prove liability of the bar or restaurant, but if the Worcester man’s blood alcohol concentration level was highly elevated, and the receipts from the establishment show that he was served an excessive number of alcoholic drinks, which might be sufficient to prove liability.

As in any auto liability injury claim, retain an experienced car accident attorney to handle your claim.

Also, the injured driver is entitled to PIP benefits under his own policy. In Massachusetts, you can recover up to $8,000 in medical and lost earnings regardless of fault.

Damages in an auto accident injury claim vary depending on the nature and extent of your injuries and how your injuries have affected your life. Damages can include:

Retaining a knowledgeable car accident attorney from Burns and Jain will ensure that you have the best opportunity to recover the most compensation for your injuries.

Do not trust your accident injury claim to any attorney. At Burns and Jain, you can retain a car accident attorney with years of experience and success in obtaining the compensation you deserve. Call us at (617) 227-7423 for a free consultation about your injury claim.