Anyone who has commuted regularly over the years might have assumed that with traffic substantially reduced over the past year or so as more people either quit, lost their jobs or were able to work remotely due to the pandemic that traffic accidents and fatalities would also go down.  However, in Massachusetts and across the nation, fatalities have increased significantly with over 39,000 reported fatal car accidents in 2020. This is the most since 2007 and a 7.2% increase over 2019 despite a 13% drop in miles traveled. With the carnage piling up, road safety advocates here and elsewhere are pleading with lawmakers to implement measure to assure a shaky public that the state has their best interests in mind. 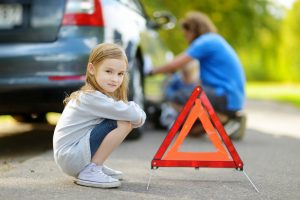 With traffic congestion significantly reduced since 2020, motorists took advantage by racing on sparsely trafficked highways and down urban streets.  Law enforcement was scarce with many officers fearing that contact with the public would increase their exposure to Covid.  Stopping motorists is always a risky venture for patrol officers anyway who might have to deal with a driver of a stolen vehicle, or who may be violating parole, is intoxicated, or has an outstanding warrant and will risk violence to avoid returning to prison.

Or, perhaps from being cooped up for so long or just wanting to express their frustration with lockdowns and mandates, motorists have ramped it up with far more speeding citations for traveling at speeds approaching or in excess of 100 miles per hour on the increase.  Data shows that drivers were 45% faster than the previous year. Before 2020 was even nearly over, our state had experienced about the same number of fatal accidents as in 2019, despite far less traffic. Victims include pedestrians and bicyclists who wrongly assumed they were safer on our state’s roadways.

Safety advocates are targeting large trucks that are responsible for many horrific scenes when they back up over pedestrians and bicyclists.  They have called for bills that would require trucks to have side guards, convex mirrors, back-up cameras, and other measures. These pleas are often met with stiff resistance by the trucking industry who assert they either are of minimal value or will increase the costs to companies and independent truckers who already must adhere to a vast number of regulations.

One controversial measure that advocates are pushing is the use of red-light cameras. Our legislators are not keen on re-introducing cameras that many say are inaccurate and are controlled by private companies with a vested interest in nabbing as many violators as possible. Motorists complain that they are ticketed even if they enter the intersection on a yellow light.

However, many countries use such technology as do around 24 states. Statistics clearly show that red light cameras work to reduce accidents at intersections where many collisions occur. Safety experts point out that far too many people speed up to make the light when they see it turning yellow and often arrive in the intersection as cross traffic has begun to move. Those opposing such cameras argue that many motorists who see a red-light camera ahead stop suddenly when they see the yellow light or decide that they cannot make it and incur rear-end collisions. However, a T-bone collision is far more likely to result in serious or fatal injuries than a rear-ender.

Some professionals have lamented the decrease in courtesy to other motorists who feel that running red lights, and that crosswalks and no passing signs are a nuisance or irrelevant. Some experts opine that such angry or frustrated motorists are making a statement regarding the times and the deep divisions in our communities that the pandemic has exacerbated.

A wrongful death claim is among the most traumatic events that a family can experience. Having the right wrongful death attorney handle your claim can often ensure that you receive the compensation your family deserves from the tragic loss of a loved one. A wrongful death attorney from Burns and Jain has the compassion and sensitivity that such cases need in addition to the legal experience and resources that are often necessary to fight insurance companies and defense lawyers who do not have your best interests in mind.

A wrongful death attorney from Burns and Jain will ensure that all your damages and losses are sufficiently demonstrated. We can also explore all avenues of compensation including other parties whose negligence or inaction contributed to your loved one’s death.

A wrongful death attorney from Burns and Jain has the experience and proven record of success in handling numerous wrongful death claims. Call our office at (617) 227-7423 for a free consultation.