Three teenagers sustained serious and life-threatening injuries in a single vehicle crash in Salem, Massachusetts, while a 21-year-old was charged with vehicular homicide in a tragic accident in Sharon, Massachusetts. 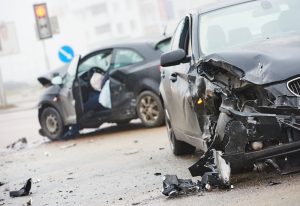 Speed was the culprit in both accidents, while impaired driving may have also contributed to the driver’s conduct in the Salem tragedy.  The teens in the Salem accident were injured when their Ford Mustang crashed into a tree on Pond Street.  Police and fire took over 30-minutes to extricate the teens, whose ages ranged from 17 to 19, from their car and transport them to various hospitals. Police could only report that speed was the main factor in the crash.

In the Sharon accident, the 21-year-old driver of a 2020 Nissan Altima had been observed before the tragedy to have been driving erratically in Foxborough and was pursued by police after the driver nearly hit a road worker.  Police cut off the pursuit due to safety concerns.  The Nissan continued traveling at a high speed before striking a Subaru Forester in Sharon, killing its driver, and then crossed into the opposite lane where it struck a Dodge Durango, causing injuries to its driver.

In the Salem accident, the driver of the Ford Mustang can be held liable for speeding and violating his/her duty to exercise ordinary care when driving a motor vehicle.  Since the two passengers were injured, they are entitled to compensation because of the negligence of the driver.

In Massachusetts as in all states, except New Hampshire, you are required to possess auto liability coverage.  In our state, the minimum is only $25,000/$40,000, meaning that your insurer will pay out $25,000 for a single injury claim against you, and no more than $40,000 if there are multiple claims though no one claimant may recover more than the $25,000.

Uninsured coverage is required so that if the responsible driver is uninsured, you can recover compensation under the uninsured or UM provision of your own policy.  If the Ford Mustang driver or owner was uninsured, then the injured teen passengers could either look to their own auto policy, if any, or to that of their parents since they are household members.

The teens could also recover underinsured motorist compensation (UIM) if the responsible driver’s policy limits were insufficient to compensate them for their extensive injuries. However, UIM coverage is only optional and must have been separately purchased. If they did have UIM coverage under their or their parents’ auto policies, they can only recover an amount that is beyond the liability limits of the at-fault driver.  For example, if the negligent driver had $50,000/$100,000 coverage, the injured teen could only recover UIM compensation if it exceeded $50,000. If it was $100,000, then they could recover up to $50,000 in UIM compensation.

Regarding the Sharon fatal accident, your car accident attorney might investigate to determine if the police were negligent in not pursuing the driver since he posed an obvious danger to other motorists and pedestrians on the roadway due to his speeding and erratic driving.  However, police are now reluctant to engage in high-speed chases since it can, and has often, resulted in accidents to others and been held accountable to a degree for injuring or killing other motorists or pedestrians as a result of a high-speed pursuit.

Also, the family of the decedent killed in the Sharon crash could conceivably recover punitive damages from the driver as well as any liability compensation that the driver possessed as well as UIM if the deceased driver possessed such coverage. Punitive damages are not covered by insurance and must come from the negligent driver’s personal assets. It would appear to be fairly certain in this case as the defendant attempted to elude police, traveled at a high rate of speed in a work zone, and may have been impaired.

Damages in wrongful death claims depend mainly on the economic status of the decedents and their non-economic value to their immediate family members. Damages may include:

In some wrongful death and severe injury claims, a skilled and resourceful car accident attorney can find other parties who may have contributed to the accident. For instance, faulty road design, a defect in a car’s steering or braking system, or failure of an airbag to properly deploy can be the basis for including other parties in an injury claim.

A serious or fatal car accident claim should only be handled by an experienced and knowledgeable car accident attorney who has successfully handled such claims in the past. A Burns and Jain attorney has decades of experience in handling complex cases of liability and damages.  Call us today at (617) 227-7423 for a free consultation about your injury claim.