This past November 2021, a woman in Springfield, Massachusetts was struck by a motorist and killed on State Street near Chestnut Street that resulted in the city’s 20th fatal accident of the year and 5th fatality for the month of November alone.  Just the previous week, a pedestrian was killed just 6 blocks away on State Street. 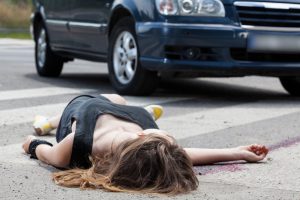 Police did not state why this western Massachusetts community, birthplace of basketball and home to the Basketball Hall of Fame, has been experiencing such deadly accidents.  The typical culprits of poor weather, distracted driving, speeding, driving while impaired, poor road design, and overall inattentiveness by motorists and pedestrians are likely to blame.  More than half of pedestrian fatalities involve people over the age of 55.  Poor vision, slow reaction times, and even dementia may be partially to blame for this group’s vulnerability.

Springfield is not alone in the increase in pedestrian accidents and deaths.  Boston has reported its highest death toll among pedestrians since 2017.  The executive director of LivableStreets, a Boston nonprofit, pointed to motorists running red lights and speeding as major factors in pedestrian deaths.  The director had urged state officials to reinstate red light cameras as an enforcement tool but to no avail.

VisionZero, a program launched in 2015, to make streets safer for motorists, pedestrians, and bicyclists, has led to a number of steps to reduce accidents.  Installation of designated bike lanes, improving existing ones, and reducing Boston’s default speed limit from 30 to 25 have been proposed or started.  Some city officials have cited statistics whereby a 25-mile per hour limit still results in a 30% likelihood of a severe or fatal injury for pedestrians.  They have recommended reducing the city speed to 15 miles per hour.

Unless someone suddenly darted out into the middle of an intersection or ran into a crosswalk against a green signal to walk, most motorists are found at fault for striking a pedestrian.  Every motorist has a legal duty to exercise ordinary care while driving, which includes not only obeying the traffic laws but being on the lookout for pedestrians, especially in urban and suburban areas.  There is little excuse for striking a pedestrian who was legally in a crosswalk, side-swiping a bicyclist, turning without signaling or entering a bike lane illegally, opening a car door into the path of a bicyclist, or striking a pedestrian walking on the shoulder or attending to a mechanical or tire problem.

Injured pedestrians and bicyclists are entitled to PIP, or personal injury protection benefits, regardless of fault that can be collected from either their own auto liability carrier, or that of the motorist.  Benefits include up to $8,000 for medical, wage loss, and other economic losses.  With MedPay, this could be doubled.

To file a claim for pain and suffering and additional economic losses against the responsible motorist or other at-fault entity, the injured party must meet the no-fault threshold in Massachusetts.  This involves incurring medical expenses of at least $2,000, or incurring a serious injury, or a fatality.  Most pedestrians or bicyclists involved in any accident where a motorist was traveling at least 30 miles per hour will sustain serious or fatal injuries in a collision.

Proof of liability can come from witnesses or even the location of the incident, especially if the injured party was in a crosswalk when struck.  Although speed cameras are no longer in use in most areas, businesses that are adjacent to the intersection or intersection cameras on poles are often in operation that can be accessed for footage of the collision.  This can show that a motorist was speeding, ran a red light, or was driving erratically.

If You are Injured as a Pedestrian

If injured by a car, you should take the following steps to preserve your claim for personal injuries:

What you can expect in a settlement in a wrongful death claim depends on many factors that your wrongful death attorney can explain for you. In Massachusetts, the executor or administrator for the decedent’s estate will bring the claim on behalf of the decedent’s immediate family members:

Retain a Wrongful Death Attorney from Burns and Jain

Our attorneys have successfully handled numerous wrongful death claims from accidents in Springfield, Boston, and across the commonwealth, and obtained millions in compensation for our injured clients and their families. If you were injured as a pedestrian or a loved one was killed, call our office at (617) 227-7423 for a free consultation about your claim.