Motor vehicle accidents are the number one cause of teen fatalities in the U.S. Even though only a small percentage of drivers are under 20, they accounted for 13% of all fatal car accidents from 2010 to 2019.  There is good news, however, in that the percentage and number of fatal car crashes involving teens is decreasing, including in the Commonwealth of Massachusetts. 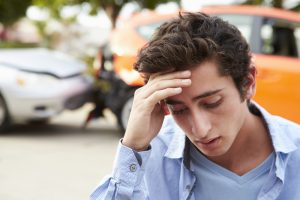 Over the past decade, the states of Nebraska, Kansas, Idaho, Utah and Montana led the nation in the highest percentage of young drivers killed or those from age 15-20. Over this period, New York, New Hampshire, Maine. Rhode Island, and North Dakota saw the steepest decline in fatal driving accidents involving youths with a decrease of 43% to 54% since 2010.  On the downside, Alaska, Nevada and Oregon had the highest increase of 29% to 58% over this period.

Improved safety programs, safer vehicles, graduated licensing programs, and stricter law enforcement are likely the reasons for the decrease overall. Most of the states with higher percentages of fatal accidents are those with less dense populations and have more miles of desert or open roads where drivers are more tempted to speed.  Alcohol and drugs are also major factors in many fatal car accidents, and these areas have been hit by the opioid epidemic.

Massachusetts has seen a 42% decrease in teen fatalities since 2010.  About 11% of car accidents in our state involve a fatality, which is below the national average.  We can attribute the decrease to more drivers using seat belts and to more safe driving campaigns in high schools.  Also, vehicles have become safer with emergency braking systems that are now standard and use systems that can warn drivers of other cars in their blind spots.

Those young drivers who are in a crash, minor or not, face much steeper increases in their insurance premiums that can rise more than 300% in some states.  In Massachusetts, a teen driver who causes an accident or makes an insurance claim can expect an increase of up to 260%.  The average premium for a teen driver in Massachusetts is around $2,158.00 per year that increases to an average of $7,770 if an accident claim is made.  With such substantial increases, there are undoubtedly teen drivers who can no longer afford to drive, which may also be a factor in the decrease in fatal accidents since these drivers, who may pose more of a risk, are no longer on the road.

There are a number of factors that explain the high number of teen traffic fatalities:

With smartphones nearly an extra appendage for many teens, their use while driving pose substantial risks and are a major factor in many accidents.  About 12% of fatal accidents where distracted driving was a cause involved drivers ages 15-20.  A survey by MADD (Mothers Against Drunk Driving) showed that 56% of teens talk on their phones while driving and 13% admit to texting, although the percentage is likely higher.  Adults are also to blame and many fail to present a responsible image to their teenage children by not buckling up, drinking before driving, and texting during operation of their cars.

Most accident injury claims involve the same types of damages, though what you can expect in a settlement or money verdict if it goes to trial or arbitration depends on the severity of your injuries, degree of liability, how your injuries have affected your quality of life, and the resources available from insurers or self-insured entities. Damages typically are:

In a wrongful death claim for a minor or anyone else, the action is brought by the administrator for the decedent’s estate on behalf of the immediate family members. These damages may include:

Damages are an essential part of any car accident injury or death claim. You are obligated to prove your damages, or you may not recover the compensation that your claim deserves. By retaining an experienced car accident lawyer from Burns and Jain, you can be assured that your claim and damages will be professionally handled and presented to give you the best opportunity for a satisfactory result.