Have you ever been in an accident and wished that there was video footage of it so you could more easily prove your claim?  We are increasingly seeing surveillance videos of traffic accidents with cameras mounted on streetlights and from outside businesses as well as cameras on vehicle dashboards, but we are also seeing them inside retail businesses.  Having a camera that captured a slip and fall or other incident inside a Massachusetts business is becoming more common as the technology has advanced to make cameras cheaper and the video more detailed. 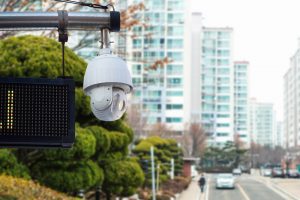 But does knowing that a business has a camera or surveillance system actually benefit an injured claimant, and how do we ensure that the evidence is kept intact?

If someone was injured on someone’s property, which can trigger a premises liability claim, does the owner or business that has a surveillance camera system in place have a duty to retain the evidence? And what happens if the business or owner destroys or fails to keep the video evidence?

Knowing that a business has video footage of a client slipping and falling in a grocery or department store may seem invaluable to a premises liability attorney, and in many cases it may determine the issue of liability.  However, for a plaintiff to prevail, she must demonstrate that the defendant had adequate notice of the hazard and failed to remedy it or to warn patrons of the danger.  Merely viewing footage of a customer stepping on a wet surface, broken step, torn rug, or object on the floor and falling may not be enough to establish a viable claim unless there is evidence that the hazard had been present for such a period of time that the defendant in fulfilling its duty of care should have been aware of it, or that it had been informed of the hazard but did nothing about it.

There is also the issue of spoliation.  Most video systems keep recordings for either a few days, weeks, or even months because of limited memory.  When the memory runs out or is at capacity, then it begins to overwrite with newer video footage and the old is erased.  A premises liability attorney needs to immediately send a notice to the defendant business or owner advising them to retain any possible surveillance video and to refrain from spoliation of the evidence.  If such a notice is not sent and the period of time for when a video can remain without being overwritten is passed, then the plaintiff likely has no recourse.

In Massachusetts, a business should have a written policy in place on retaining video footage of an incident.  If there is no policy and the business fails to retain the video, then the plaintiff could argue that the business deliberately destroyed the evidence.  For instance, if some videos that were taken at the same time as that which recorded the accident, or which are even older, were retained but not the relevant video, then you have a strong argument regarding deliberate spoliation. In such cases, a judge can permit a jury instruction on spoliation whereby jurors can draw an inference that the evidence, if it had been preserved and presented, would have been adverse to the defendant.

Duty to Retain Evidence in Massachusetts

In Massachusetts, businesses have a duty to preserve evidence where the threat of a claim or lawsuit is sufficiently or reasonably apparent so that a reasonable person in the defendant’s position would be aware of the importance of the evidence.  However, plaintiffs or their premises liability attorneys must be proactive in notifying the defendant and requesting that all video evidence be preserved, or a court may rule that the plaintiff waived any claim of spoliation and refuse to give a spoliation instruction.

Once the business or owner is aware of a possible claim, or receives the letter to preserve evidence, then the business must search its system for evidence of the incident.  Further, the plaintiff should specify the time period.  It would make sense generally for a 2-hour window for the incident so that footage of the accident or incident area one hour before it occurred to one hour after could be instructive and prove notice by demonstrating that the hazard had been present for at least that long before the plaintiff slipped; longer periods for such things as accumulation of snow and ice and sanding and plowing responses.  It could also show workers covering up or remedying the situation after it occurred if there are claims that the hazard never existed at all.

For some injury attorneys, they may want a video of the area for the entire day, or even of other areas on the premises where other falls may have taken place.  For business owners, having a video that clearly demonstrates fault on its part can save them substantial expenses in not having to litigate a claim and can lead to an early settlement.

What to Do if Injured in a Commercial Premises of Setting

Should you or a loved one fall or sustain an injury while on a commercial or business property, there are some things you can do to preserve your claim:

Handling any kind of injury claim on your own can jeopardize your chances of recovering the compensation you deserve. In too many cases, plaintiffs handling their own claims have made statements or failed to take actions that substantially or irretrievably damaged their claims.

Damages in premises liability claims are similar to any other personal injury claim. They include:

Retain a Premises Liability Attorney from Burns and Jain

Premises liability claims have different evidentiary and other issues than those in other personal injury claims. By retaining an experienced and skilled attorney from Burns and Jain, you can be assured that your claim will be handled with the dedication and aggressiveness necessary to get you the compensation you deserve. Call us at (617) 227-7423 for a free consultation about your injury claim.