Using driving behavior to determine auto insurance rates is not necessarily a new idea, but several companies in the analytics industry have brought that factor into a new focus. Two Boston-based companies who use an app to track driver’s behavior for insurance companies recently merged when Cambridge Mobile Telematics acquired TrueMotion. The new company will provide telematic services to 21 of the 25 largest auto insurers in the nation. 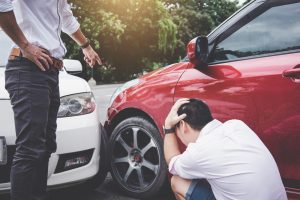 In the past, insurance premiums were largely based on where you lived, if you had a past history of accidents, or had drunk driving or other cited offenses on your record, as well as your credit history that only invited allegations of racial bias. With this specific app on a driver’s smartphones, the company can track a vehicle’s speed, see whether the driver routinely brakes sharply, and even if the driver picks up his phone while the vehicle is in motion. Although some would consider such monitoring as overly intrusive, statistics do demonstrate that people drive safer when they know their conduct is being scrutinized.

Drivers who agree to the monitoring are typically offered lower premiums in return. This would be an incentive for consumers to continue to their driving behavior tracked.

The company also has a family safety program whereby the app can detect an accident and summon assistance. Company executives also hope to use the technology for mapping and to assist driverless or autonomous vehicles in the near future.

Any information that a motor vehicle accident attorney can obtain on a defendant’s conduct leading up and including the negligent act that caused an accident is invaluable in presenting a claim that can settle for the most compensation available. With new technology being developed that can offer answers, why not use that in the best interest of our injured clients?

Many newer vehicles now have black boxes, or devices that can provide data on a vehicle’s speed, direction, and equipment performance such as steering and braking in the moments just before a crash. However, retrieving the data is very expensive and not necessarily cost-effective in some cases even if the devices were present. However, if that same data could be obtained from the driver’s app, you could have an inexpensive method of retrieving data that could help determine liability.

For example, the data might show that a driver was speeding just before impact or had suddenly sped up despite the driver’s assertion that he had slowed before impact or was driving at the posted limit, or that he had braked when in fact he had not. Since distracted driving is a common factor in many auto accidents, the app could show that the driver had picked up his phone or was using it at the moment of impact.

The data can also demonstrate if the driver had a pattern or practice of speeding, braking hard, and of using his smartphone, which a court would have to consider if relevant to the underlying accident claim. Of course, the data could also implicate the injured victim by showing that he/she was also speeding before impact, or was on a cellphone even if fault appears to lie with the other driver.

Since the data is likely stored by the insurance companies, your motor vehicle accident attorney should make a request to the defendant driver’s insurer for all relevant information relating to the driver’s behavior or conduct. Since the information is private and confidential, the insurer may well resist and force your attorney to subpoena them to release the data since it will not do so without a court order in the interest of protecting the driver’s privacy. An individual’s privacy is usually balanced against society’s interest in obtaining certain information that might not normally be disclosed. But if a person’s negligence resulted in injury to another person, the societal interest in determining accountability and compensating the victim would outweigh the release of certain data about that person’s conduct that is not embarrassing, compromising, or humiliating. It generally takes the resources, knowledge, and aggressiveness of an experienced motor vehicle accident attorney to subpoena the relevant companies and to overcome any objections to the release of data that could determine liability, force of impact, and other facts bearing on a claim’s value.

Damages in any car accident injury claim depend on numerous factors including the severity of the accident, the injuries sustained, and the effect the injuries have had on the victim’s life. If liability is an issue, an insurer will generally make a nominal offer to settle despite the victim having suffered substantial damages.

Once liability by the defendant is demonstrated, then your attorney can concentrate on proving damages. These typically include: