A new study confirmed what Uber and Lyft have been promoting for years—that use of their ride-share platform has had a noticeable impact on driving-related deaths where alcohol was involved in states like Massachusetts. According to a paper published in the Nationwide Bureau of Financial Analysis and co-written by UC Berkeley economist David Lucas, Uber directly saved 214 people who would have died in a drunk driving accident in 2019. This helped mark a 6.1% decrease in alcohol-related deaths from 2018 amidst a 4% decline in drunk driving deaths overall in the U.S. 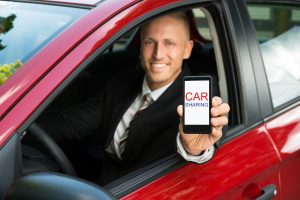 Although Uber was the focus of the study, the article’s authors stressed that the other major ride-sharing company, Lyft, would undoubtedly have shown a similar decrease in traffic fatalities. The authors used Uber since riders chose Uber roughly 50% more than Lyft in the period encompassing the study.

Previous studies on the impact ride-sharing has had in preventing alcohol-related traffic fatalities were mixed with some finding no discernible effect. However, other studies using DUI records with the introduction and growing presence of Uber in larger urban areas like Houston did show a statistically significant impact. After Uber came onto the Houston market in 2014, the studies indicated a 23.8% decrease in all motor vehicle accidents on weekend nights and a decrease in DUI arrests. Some experts feel that the percentage of fatal accidents caused by drunk driving may be higher since police often do not measure the amount of alcohol in a driver’s system.

Polling done by Uber demonstrated that 80% of riders used Uber specifically to avoid driving after drinking and to avoid serious injuries to themselves and others.

You might wonder why people who drink do not use other public transportation options such as buses or even taxi cabs in cities where access is readily available. States like North Carolina, Texas, and Mississippi offer easy access to public transportation and have a sufficient number of taxi cabs to accommodate its population but still have high rates of drunk driving deaths. Others, like Massachusetts and New York, have much lower levels of alcohol-fueled fatalities while also offering readily accessible alternatives to driving.

It may be that many people who like to dine or meet with friends at a bar, nightclub, or restaurant, prefer the intimacy of an Uber or Lyft, and its cost as compared to taxis. Also, cab drivers often have a reputation, whether justified or not, of having unfriendly attitudes or misleading riders. In any case, ride-sharing seems to have made a positive impact in our cities that we should all welcome. There was no opinions on why some states with alternative transportation options still have high rates of DUI arrests and accidents.

Tips on Drinking and Driving

It is never a good idea to drink and drive at any time of day or night, and regardless of how many drinks you had. If you plan on a restaurant meal with wine or a martini, or a drink after a movie or office meeting, leave your car at home and take an Uber or Lyft. They are easy to call on an app, their drivers are often friendly and eager to pick you up, and you can expect a clean vehicle and safe ride.

If you have to leave your car at a restaurant or parking lot, get someone else to drive it home by paying for their Uber or Lyft to the lot or street so as to avoid parking tickets or possible towing charges if you leave it overnight. Some restaurants or clubs will allow you to leave your vehicle overnight without consequence if you let them know why you are unable to drive and will pick it up first thing the following day..

Alcohol accounts for far too many accidents and fatalities in the U.S. Despite decades of public service announcements, driver education, and stricter penalties and fines including loss of driving privileges and jail sentences, many people continue to drink and drive. When you drink, your judgment becomes clouded, you tend to take more risks, and your reaction time in avoiding accidents is significantly increased.

In an injury car accident where liability is disputed, the fact that one of the drivers was drinking can often be the tipping point in considering whose version is more credible. A police report that indicates the driver was slurring, stumbling, or confused is usually more than enough to convince an insurance adjuster that his insured was not only breaking the law, but is an unreliable witness.

Damages in a drunk driving accident can be serious. Damages may consist of:

In a wrongful death claim, damages are different and may include:

Punitive damages are not paid by insurance and are imposed on the defendant personally. Usually, it requires that the defendant have had an elevated BAC level and/or was engaged in a particularly egregious act such as speeding at 100 miles per hour, was racing on a highway, or fleeing police before a court will impose punitive damages. Consult with your car accident attorney about this element of damages.

Our office has represented victims of drunk driving accidents for decades and has obtained millions of dollars in compensation for victims and their families. A seasoned and highly experienced car accident attorney from our firm will thoroughly investigate all aspects of your accident and give you the best opportunity to recover as much compensation as possible. Call us at (617) 227-7423 for a free consultation about your injury claim.