Covid-19 may have been a once-in-lifetime event, or so we hope, that led to business and office closures in Massachusetts and throughout the nation for most of 2020 and into the early part of 2021. As a result, there were far fewer vehicles on the road as those who were still working could do so at home or in areas outside of their normal offices. With traffic volumes drastically reduced in 2020, we would expect traffic accidents, injuries and fatalities to have fallen as well. 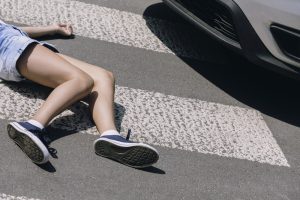 However, the opposite occurred. Traffic fatalities increased by 4.6% in the first 9-months of 2020. Pedestrian fatalities increased as well by an unprecedented 21% nationwide, the largest such increase in one year as reported by the National Highway Traffic Safety Association (NHTSA) since statistics began to be kept on this topic. This was despite a 13.2% decrease in overall traffic volume, according to the Governors Highway Safety Association (GHSA).

Safety officials and experts attribute the increase to reckless and impaired driving, speeding, and lack of traffic enforcement. More citations to motorists for speeding 100 miles per hour or more were given out than ever before. With fewer vehicles on the roadways, drivers seized the opportunity to disobey traffic laws, to speed, not wear seat belts, and drive impaired, all while assuming that their risk of being stopped by traffic enforcement was reduced by fewer traffic officers patrolling the roadways. Unfortunately, this turned out to be a true assumption.

States like ours that have focused on pedestrian and bicycle safety in many cities and towns experienced the decline in pedestrian injuries and deaths by installing more bike lanes, limiting traffic in certain areas, building pedestrian safety islands, designing lighted and raised crosswalks, and instituting public safety campaigns. Also, we saw a drop in pedestrian traffic in 2020 as more people in our state opted to only venture out for groceries, medical appointments, or other necessary visits so as to limit human contact and interaction.

Pedestrian accident injury claims are not so different from motor vehicle accidents where only vehicles and their occupants are involved. In most accident cases, pedestrians are given the benefit of the doubt since they have little defense when encountering a 5000+ pound vehicle, unless they suddenly ran out into the middle of a street or against a traffic signal. Generally, a driver has a legal duty of care to use caution and be on the lookout for pedestrians in urban and suburban areas and streets.

If you are injured as a pedestrian or bicyclist, you are entitled to PIP benefits from either the insurer for the car that struck you or from your own auto liability carrier. PIP benefits are paid out regardless of fault and can include up to $8,000 for medical expenses and lost earnings. Even if you do not personally own a car, you can use the policy of anyone in your household who does own one and is insured.

You can also bring an injury claim against the driver who hit you, or use the uninsured (UM) provision of your own auto liability insurer if the driver was uninsured so long as you meet the no-fault threshold. The threshold is meeting any of the following: (1) incurring at least $2,000 in medical bills; (2) experiencing permanent disfigurement; (3) sustaining loss of a body member; (4) suffering fatal injuries; (5) sustaining loss of sight or hearing; or (6) incurring a fracture.

Many accidents occur in crosswalks or while persons are walking alongside a roadway where a driver who is distracted, fatigued, or impaired fails to see the pedestrian or bicyclist. In some situations, a municipality may be at fault if it failed to properly illuminate an area where previous accidents had occurred.

In cases where the responsible driver had inadequate insurance limits such as $25,000, injured pedestrians can use the underinsured (UIM) provision of their auto policy so long as they purchased that option. For example, let us say your injuries are severe and you are able to recover the policy limits of the at-fault driver, which are $25,000. If you have UIM coverage on your vehicle and its limits exceed the driver’s, you can collect that sum which exceeded the driver’s. So, if you have $100,000 in UIM coverage, you can collect up to $75,000 in added compensation.

Do not assume that the driver’s insurer has any sympathy for you or will immediately pay you the policy limits on its insured driver. Even if liability appears clear, insurance adjusters s will question you on what color clothes you were wearing, if you were running or walking, were talking on your smartphone, or whether you were returning from a bar or restaurant where you had a number of drinks. The nature and extent of your injuries will be scrutinized as well including your claim for lost earnings. In many cases that go to litigation or are uninsured claims, the insurer will want you examined by a physician of their choice who will minimize your injuries, claim that you are not being truthful, that your medical care is unreasonable or unnecessary, or that a pre-existing injury is to blame for your current symptoms and complaints.

For these reasons, an experienced personal injury lawyer is absolutely necessary if you want to obtain the compensation that you deserve.

Even if you survive an encounter with a motor vehicle while crossing the street, your injuries are likely to be severe. Your personal injury lawyer will often have to establish liability by investigating the scene, talking to witnesses, obtaining available surveillance footage, and then ensuring that your injuries and damages are related to the accident.

Damages in pedestrian injury claims include:

In fatal injury cases, the administrator or executor of the decedent’s estate can bring a wrongful death claim on behalf of the estate and the immediate family members. Damages include:

Retain a Personal Injury Lawyer from Burns and Jain

At Burns and Jain, we handle numerous pedestrian injury and wrongful death claims and have recovered millions of dollars in compensation for our clients and their families. Be assured of recovering what you are entitled to by calling our office at (617) 227-7423 for a free consultation with a personal injury lawyer about your injury claim.