It was a hit-and-run accident that left Yarmouth, Massachusetts police officers puzzled. A few months ago, police were alerted to the intersection of Swan Road and Circuit Road West after residents apparently reported a hit-and-run accident. Although no pedestrians or other motorists were injured, the fleeing vehicle left a fire hydrant and a scrub oak heavily damaged. 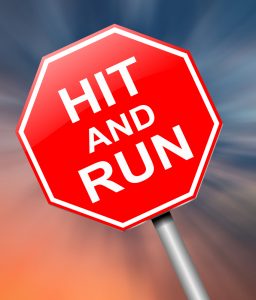 In many hit-and-run accidents with no witnesses or few clues, police are left with either scouring the area for possible surveillance footage if the accident occurred on a city street or near businesses that often have cameras installed for possible break-ins or appealing to area residents to report any damaged vehicles they may have observed in the neighborhood.

In this case, the license plate was torn off the vehicle that revealed the registered owner’s residence along with a fresh trail of fluid was found that conveniently led to the same address and a parked SUV that was heavily damaged in the front and missing its front license plate. Police questioned the vehicle’s owner who apparently was unable to give a satisfactory explanation of how the accident happened and why he left the scene without reporting the accident, knowing that he was under a legal obligation to report an accident that resulted in injuries or property damage. The driver was not found to be under the influence, leaving it open as to why he lost control of his SUV and managed to strike a fire hydrant and oak tree, although it is likely he was driving at a high rate of speed.

Fortunately, neither the driver nor anyone else was injured. Massachusetts law does require that a motorist report an accident where the damage is at least $1,000. He will also be responsible for the damage to city property. In addition, his insurance rate will likely be increased.  Failure to report the accident can result in suspension of his driver’s license. The penalties are much more severe if a motorist leaves the scene of an accident involving injury or death.

There are a number of reasons why motorists flee an accident without stopping to give the required information that includes contact information along with driver’s license, registration, and insurance information. These include:

In the Yarmouth incident above, the motorist could not explain his actions after realizing he was caught because he evidently believed no one saw the accident. Of course, he would have to explain what happened to his insurer if he wants coverage for the extensive damage to his vehicle.

If the owner of the vehicle denies he was driving, you can still recover compensation for any injuries or property damage since insurance follows the vehicle.

If you were injured in a hit-and-run accident, chances are that the responsible driver will never be located. Statistics show that only 1 in 10 drivers who flee the scene of an injury accident are ever caught. However, you can still be compensated for your injuries and vehicle damages under the uninsured (UM) portion of your own auto insurance policy. Since Massachusetts law mandates UM or uninsured motorist coverage, all drivers with insurance are covered. This is also true for passengers in vehicles who were injured in a collision caused by an uninsured driver and as well as pedestrians.

It is essential that you have sufficient coverage under your auto liability policy. Minimum coverage under Massachusetts state law is only $20,000/$40,000. Your UM coverage is the same as your liability limits unless you purchase higher coverage. However, a recovery of $20,000 is only sufficient in relatively minor injury accidents. Should you sustain a serious accident with substantial medical expenses, loss of wages, or suffer a permanent injury, even $50,000 is wholly inadequate. We highly recommend that you have a policy of at least $100,000 that should be sufficient to cover most injury claims that do not involve catastrophic injuries.

If you bring a UM claim based on a hit-and-run accident, you still have to prove that the other motorist was responsible for the accident. Damage to your vehicle that shows a rear-end or T-bone collision is usually enough to convince an insurance adjuster that your vehicle was at least struck by another vehicle. You should immediately report the accident to police as there are notice requirements, and promptly seek medical care.

UM claims are handled like any third party claim or claim against another driver, except that your own insurer is now your adversary if it contends that you were responsible for the accident to any degree, or is contesting the nature and extent of your injuries. Also, UM claims do not go to trial but are resolved by binding arbitration should you not settle the case. Like any other injury claim, having an experienced car accident attorney is vital to recovering what you deserve.

Damages in a car accident injury claim vary widely depending on liability, the severity of injuries, and other factors. In some cases, there are multiple defendants who share liability that must be apportioned. Proving damages is an important element in any injury case that a skilled car accident attorney can present to get you the most compensation for your claim.

Punitive damages are only awarded in wrongful death claims in Massachusetts.