A Fall River, Massachusetts woman who was a passenger in a 2009 Honda Civic was killed recently in a one-vehicle crash on Route 18 near the intersection with Walnut Street in New Bedford. According to police reports, the driver had suddenly steered her vehicle onto the median and struck a cobblestone planter. There was extensive damage to the front passenger side of the vehicle where the deceased woman was sitting at the time of the collision. 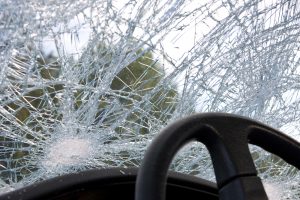 There was no indication of any other vehicle involvement, which leads to the assumption that the driver was likely distracted when she lost control of her vehicle. The driver was reported to have sustained serious injuries but was in stable condition. She should be able to tell police why she lost control and was unable to stop in time to prevent colliding with the planter. Speed may also have been a factor given the substantial damage to the passenger side and the fact that the force was significant enough to cause fatal injuries to the passenger and serious injuries to the driver. Another factor might have been lack of adequate safeguards or of a barrier designed to prevent vehicles from jumping the median.

In the above cited accident, the family of the deceased woman might have a wrongful death claim against the driver. In Massachusetts, wrongful death claims are brought by the executor for the decedent’s estate. If the 21-year-old woman left no will, the court would appoint an executor that would likely be a surviving parent. Any damages recovered would be for the benefit of the immediate family members.

The driver might point to causes other than her own presumed negligence such as being forced to veer to avoid another vehicle that had suddenly entered her lane of traffic or that she had to violently swerve to avoid an object in the roadway. Without any other witnesses, police and insurance adjusters may accept her version. A wrongful death attorney for the decedent’s estate, however, can request or subpoena the driver’s cellphone records to see if she was texting or responding to a call at the moment of impact to determine if she was distracted.  If no evidence exists of cellphone use and there is no video or surveillance video of the accident, the driver’s assertion that a phantom vehicle caused her to lose control may hold up.   A good wrongful death attorney would be able to point out, to a jury, that she was likely driving too fast to loose control of her vehicle causing so much damage and destruction.

If the evidence confirms or strongly suggests that the driver’s conduct resulted in the accident, then the decedent’s estate or family can seek compensation from the driver’s auto liability policy. Massachusetts law mandates that motorists maintain a minimum of $20,000/$40,000 in benefits. This means that a single injured victim can collect no more than $20,000 under a minimum policy, and that in the case of multiple claimants, only $40,000 is available for distribution with no one claimant able to collect more than $20,000.

Further, if the decedent’s policy or that of a household member’s that was applicable also had underinsured motorist coverage (UIM), then the family could collect additional compensation. Unlike UM coverage that is mandatory in Massachusetts, UIM coverage is optional. Also, the UIM limits must exceed that of the third-party policy. For example, if the driver’s policy had limits of $50,000 and the decedent’s UIM coverage, if any, was $100,000, then her family could collect an additional $50,000. But if the liability and UIM limits were the same or less, the family could not collect any UIM benefits.

We generally recommend that motorists carry at least $100,000 in auto liability limits and purchase UIM coverage for that amount as well, if not more. If you sustain serious or life-altering injuries in a car accident or a fatality, then $100,000 will not begin to compensate you or your family for your losses.

A wrongful death attorney in the New Bedford fatality case could investigate whether the failure of the median to prevent the Honda Civic from colliding with the cobblestone planter played a substantial role in killing the Fall River woman and severely injuring the driver. Traffic control, road design and safety experts could examine the site and the median to determine if another type of median or barrier could have kept the vehicle on the roadway. Raised medians and certain types of traffic barriers might have been easily installed at this area of Route 18 at minimal cost to the city, county or state responsible for designing and maintaining the highway.

If so demonstrated, then the decedent’s estate might have a case under the state tort claim act where additional compensation might be available.

The death of a loved one is tragic and no amount of compensation or degree of punishment for the offender, if applicable, can ever replace the emptiness we feel when a parent, child, sibling or spouse is lost in a car accident. Damages in wrongful death claims can be substantial, especially if the decedent was young, a parent, or the major wage earner for the family.

Clearly demonstrating and proving damages requires the skills of a wrongful death attorney who has years of experience in dealing with serious injury or death claims.

Retain the Legal Services of Burns and Jain

Many serious injury or wrongful death claims have complex issues surrounding liability, insurance coverage, and proof of damages. In cases like the New Bedford accident, a wrongful death attorney can likely expect a denial of liability by the driver and insurer, a denial of a tort claim action against the municipality over the median, and a fight over damages even if liability is proved. Call an experienced wrongful death attorney from the law office of Burns and Jain at 617) 362-3202 for a thorough analysis of your car accident injury or death claim.