We represent victims of legal malpractice in Massachusetts.  We post blog articles on an occasional basis with news on lawyers’ negligence.  In this light, two stories jumped out at us regarding lawyers and malpractice.

Can A Lawyer Be Reprimanded From Practice For Misrepresentation On A Bankruptcy Petition? 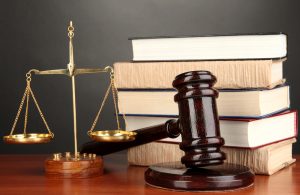 Of course.  A Haverhill attorney was reprimanded by the Bankruptcy Court for filing a Chapter 13 bankruptcy, failing to disclose two personal injury claims, and testifying falsely regarding those claims, stating that she “acted with reckless indifference to the truth by failing to disclose the two lawsuits in a timely manner.”  Of note, the attorney advertises that she specializes in bankruptcy and debt collection.  We won’t get into her federal case history here, but we will note that the Massachusetts Board of Bar Overseers suspended the attorney for six months as a result of the Bankruptcy Court findings.

The Massachusetts BBO also ordered the attorney to take a legal education class entitled “How to Make Money and Stay Out of Trouble.”  Of note, the bankruptcy hearing was in April 2011, and the BBO suspension was in December 2020.  A lot of hearings, appeals, and overall consideration occurred in getting to the BBO suspension.

Can A Lawyer Be Sent to Jail For Sexual Assault?

In a recent case in the Western suburbs of Boston, a lawyer was, and is, incarcerated, for sexually assaulting vulnerable litigants.  Two separate women were victims.  In one case, the Natick attorney was representing the bank who was foreclosing on the woman’s home.  In the other case, the woman came to the attorney seeking legal representation in highly emotional and sensitive divorce case.  The offending lawyer was a man who was in partnership with his wife!  Nevertheless, he pursued these two victims.

The lawyer was prosecuted for sexual assault in Hamden County, convicted of felony counts under Massachusetts General Laws, Chapter 265, Section H, sentenced to prison time, and is currently attempting to obtain early release from prison.  His former wife and law partner has been harassed by him and has had to move out of the Commonwealth.  He has been registered as a sex offender.  We understand that his license to practice law has been suspended pending a hearing by the Board of Bar Overseers.

When Lawyers Overstep Their Trusted Authority

While these two lawyers have vastly different transgressions, what is striking about them is that they used their position of authority, power, and influence to take advantage of people, the law, proper process and fair dealing.

The positive news, if any can be taken from the stories about these two lawyers, is that the process works, albeit slowly.  The attorney who misrepresented herself on her Bankruptcy Petition and Schedules and lied to the Trustee while under oath got years of legal process and a suspension.  The lawyer to took advantage of his position and assaulted litigants, was incarcerated, and will likely lose his license to practice law.

At Burns & Jain, we represent victims of legal malpractice.  We have represented many victims on bankruptcy malpractice and legal malpractice as a result of sexual assaults.  These cases come in all shapes and sizes, arise from different fact patterns, but we have been remarkably successful in prosecuting civil claims for money damages when attorneys take advantage of their clients and fail to live up to the high standards lawyers should, and must, live up to.

When someone is a victim of legal malpractice, they are a double victim.  First, they have a case that they likely did not likely wish to be involved in – a divorce, a trust battle, a victim of a crime.  Second, their lawyer misbehaved, acted negligently, or acted in some way so they lost their rights and monies in the underlying case.  A double victim.  Usually, they have lost trust in the system.  At Burns & Jain, we work to restore that trust.