Earlier this year, a road rage incident in Belmont, Massachusetts resulted in the death of a 35-year-old man who had been engaged in an argument with a 54-year-old man from Hudson in the area of Upland Road. Witnesses to the incident stated that they heard the Hudson man hurl racial epithets toward the victim who had apparently exited his car to confront the other driver. The victim was moving towards his own car when  the other party, who was in a Dodge Dakota, suddenly drove toward him and struck the victim with the driver side of the pickup truck, dragging him for a short distance before the driver fled the scene. Witnesses ran to the aid of the man lying on the ground who was taken to a hospital where he later died. 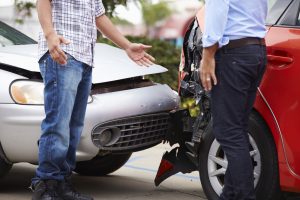 The driver surrendered to police about 30-mintues after the incident. He has been charged with assault with a deadly weapon, fleeing the scene of an injury accident, civil rights violations, and was facing other charges, including a murder charge. He had been ordered held without bail. Authorities were also referring to the matter as a hate crime, which carries more severe penalties.

In a case where a person is killed due to the negligent or wrongful conduct of another person or entity, the family of the decedent can be compensated in a wrongful death action. Although the perpetrator or defendant in the Belmont road rage case can be sued by the family or the executor of the decedent’s estate, the defendant’s insurer may not offer insurance coverage though his auto policy. All auto policies deny coverage for intentional acts that lead to any injury or death. The rationale is that people must be dissuaded from committing intentional acts that harm others and be forced to pay out of their own assets.

For example, if the Hudson man had used a firearm to shoot the victim from his vehicle or had deliberately run over the man, then it is unlikely that any court would find that the insurer was obligated to provide coverage. In such cases, the family could still sue the defendant but be forced to recover only from the defendant’s personal assets after obtaining a judgement, which may be minimal. The victim’s family in this case would still be entitled to PIP or personal injury protection benefits even if their loved one was killed by an intentional act. However, if the perpetrator did not intend to injure the other party or at least to cause him serious or fatal injuries, then a car accident attorney for the victim or his family could argue that coverage applied.

This presents an odd dilemma for the family. They certainly want to see the defendant charged and convicted to the fullest extent of the law, meaning that he be found guilty of murder or some degree of homicide for his racially tinged act. However, they also want to recover compensation for the death of their loved one, which means a finding that the defendant’s act or at least the consequences of his act was not intentional. In a criminal proceeding where a jury finds that the defendant lacked criminal intent, it may only find him guilty of manslaughter, if charged, or of some other less severe criminal violation that imposes penalties less severe than for murder. A similar outcome would be likely in a civil action against the defendant in a wrongful death claim where a jury finds that the defendant never intended to cause serious bodily harm or death.

It is also possible that a civil court in the wrongful death action could find that the defendant did intend to cause serious bodily harm or death, and a jury in the criminal proceeding finds him guilty of murder, or that he did intend to inflict serious injuries or death. Criminal prosecutions require a higher standard of proof to find guilt than in civil matters. If so, the defendant faces life or decades in prison, but his auto insurer is not obligated to provide coverage to the decedent’s family.

In the road rage case cited above, the car accident attorney for the decedent’s estate could make a credible argument that the defendant never intended to even strike the man with his vehicle, only to scare him by driving close to him. In the criminal proceedings, it is highly likely that the defendant’s attorney will also claim that his client had no intention of physically harming the victim, or certainly of killing him, and that he panicked once he realized the man had been struck. He could claim that the defendant exhibited good faith and remorse by voluntarily turning himself in shortly after the incident.

It does not help the defendant or the family in a civil proceeding who is seeking insurance coverage that he uttered a racial slur at the victim just before striking him with his vehicle. Still, if the defendant had intended to cause serious bodily injury or death, then the attorneys for the defendant and family could assert that he would have driven straight at the victim, rather than close enough to only side-swipe him, and that his fatal injuries were only caused when he was somehow dragged on the driver’s side of the pickup, a consequence certainly not intended by the defendant.

The language of the defendant’s auto policy is also relevant in coverage cases. If the family’s attorney can demonstrate that even if the act was intended—the defendant did intend to scare the  victim or to just brush against him—but that the injuries or death was not, then a court could find that coverage must be offered.

In the alternative, the decedent’s family could seek UM or underinsured coverage should the court deny coverage from the defendant’s auto policy. So long as the language in their policy states that coverage would be provided so long as the occurrence was not caused intentionally by or at the direction of the insured, the insured’s family could recover.

Damages must be proved in any personal injury or wrongful death claim and are often vigorously challenged by insurers and defense lawyers. By retaining a highly experienced car accident attorney from the law office of Burns and Jain, you will have a lawyer who knows how to maximize damages to your benefit.