Have any Massachusetts motorists had their auto insurance premiums reduced at all in the past year since the pandemic shuttered businesses and many commuters either lost their jobs or found themselves working at home? You may have received a refund for a month or two but since traffic volume over the past year has drastically reduced, and many businesses are finding that working remotely is saving them money, should auto insurers reduce their insurance rates? 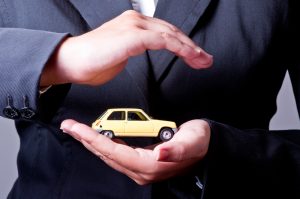 This is a question that Massachusetts lawmakers were asking in a letter sent last December to state insurance commissioner Gary Anderson asking the industry to review insurance rates, premiums, and losses, and to issue refunds. While most insurers have issued refunds to its insureds, Anderson responded to the request for a more comprehensive reduction in premiums by pointing out that it would result in uncertainty in the market and to insurers to rely on short-term trends.

It is no secret that the insurance industry has profited substantially over the past year with a reported 40,000 fewer accidents. This has resulted in a drop of 50%  in claims for liability coverage and a reduction of 70% for collision coverage. It should be pointed out that 98% of all auto insurers did give out refunds to insurers of 10% to 30%. But only 18 of 71 of the leading auto insurers gave insurers credit of at least 50% for one month’s premium. Eight companies refunded to issue even at least one month’s premium.

Lawmakers pointed out that many households are suffering financially from loss of employment and could use relief in the form of reduced premiums. Some states have intervened to force its insurers to hand out rebates or to reduce premiums. Although Massachusetts has deregulated the insurance industry operating in our state to some extent, the legislature still has the power to intervene if it deems rates are too high or insurers are not acting in good faith by keeping its rates at current levels.

Although accidents have been far fewer over the last 12-months, insurers have argued that the severity of accidents have been greater. Apparently, with less traffic on all roadways, motorists have taken the opportunity to increase speeds, which have led to a significant increase in speeding tickets, including for those traveling at 100 mph or more. Any motor vehicle collision that occurs at a high rate of speed significantly increases the property damage and the risk of drivers and passengers suffering more serious injuries or fatal ones.

In January 2021, the office of Attorney General Maura Healy requested that the insurance industry reduce its rates by 25% for new and current policies. We can expect pushback from insurers who will continue to argue that once a major part of the state’s citizens have been immunized and/or herd community has been achieved, that traffic volumes and the expected concomitant return to the normal rate of accidents and claims, that it will be forced to increase rates once again. A companion argument is that the increase in the severity of claims has essentially made up for the reduction in overall claims, but this overlooks the enormous profits the industry has made over the past year.

Insurers will likely wait and see how lawmakers react after the summer and see if the return to some normalcy has any affect on traffic volume. If it remains low, expect some action from lawmakers.

Despite the decrease in car accidents and claims, they remain the most prevalent type of personal injury claim. You will need the experience and skills of a car accident attorney if you were injured in a car accident since issues of coverage, liability, and damages are often contested by insurers.

Most car accident claims include damages for:

In serious injury or fatal accident claims, your car accident attorney will investigate to determine if other avenues of compensation are available.