If there is anything positive to be said about the pandemic, it might be that at least one study is touting the substantial decrease in traffic crashes and fatalities in Massachusetts and other states since mid-March of this year. AutoinsuranceEZ, a company that studies and publishes information for consumers on insurance companies, released a study showing that numerous cities and states have reported dramatic reductions in overall crashes and fatalities. According to the authors, Seattle has experienced a 100% drop in fatal accidents, Massachusetts a 75% decrease, and Los Angeles a decline of 51%. 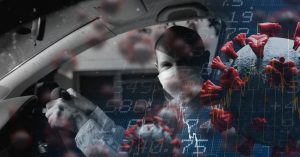 With job losses mounting into the millions and people staying away from mass gatherings or any events where close contact cannot be avoided, roadway traffic has dramatically decreased to where being stuck in a traffic jam is a thing of the past. Public or mass transportation has suffered with bus lines closing down and trains running empty if at all. The skies are clearing up as well, if that is any consolation to losing your job and worrying about possible eviction, foreclosure, a car payment, and paying for mere necessities.

Car Accidents on The Decline in Massachusetts?

However, the study failed to point out that some states and cities are not experiencing this precipitous decline in traffic-related deaths, and that traffic crash and fatality rates are on the rise. For instance, Minnesota has witnessed a doubling of accidents. In a 3-week span from mid-March to early April, Minnesota officials reported 24 crashes and 28 traffic deaths as compared to 12 accidents and 13 deaths during this same time span in 2019. In Austin, Texas for the month of March, the city experienced fewer crashes—381 as compared to 450 crashes last year—but had 111 traffic injuries where there were but 99 in 2019.

As for our own state of Massachusetts, it is true that crashes are down substantially, but the fatality rate has not. In 2019 for this same period of time, your chances of being in a fatal crash on a Massachusetts roadway was 0.45%. For this year, it has doubled to about 1.05%.

What accounts for this seeming discrepancy? Speed. Motorists are seizing the opportunity to gin it up and race down empty streets or on highways with significantly fewer cars despite not going to work or having to make an important meeting or for any other reason. Presumably, these same motorists are expecting less traffic enforcement as well.

The Governors Highway Safety Association has commented that numerous states are experiencing an uptick in the number of speeding citations issued to drivers who reached or exceeded 100 miles per hour. Many speeding tickets are being issued on local roads where about two-thirds of traffic accidents and deaths are occurring. New York has seen a rise of 50% in the number of speeding violations and Los Angeles an increase of 30%.

Speed accounts for 26% of all traffic deaths, which is just behind drunk driving that is responsible for about 28% of fatalities. In 2018, 9, 378 people died in speed-related accidents.  Of course, speed and intoxicated driving often go hand-in-hand.

Speeding violations, however, are not treated with nearly the same urgency as drunk driving where a first offense typically results in a license suspension, installation of an ignition interlock device on the offender’s vehicle, and possible jail time along with other associated costs. Your chances of being severely injured in an accident increases substantially depending on speed. For example, a pedestrian who is struck by a car at 30 miles per hour has a 60% chance of surviving. At 20 miles per hour, the chances are 93%.

Traffic engineers have come up with various designs and recommendations to slow traffic, though most of them inevitably increase commute time to the despair of motorists. Not much can be done for freeway speeding other than stepping up patrols and installing speed cameras. For local roads, designers have suggested:

The value of any injury claim depends on a many factors including the experience of your car accident lawyer who can address issues such as liability, insurance coverage, uncovering other potential defendants, and proving your damages.

Damages in injury cases typically are:

If you were injured or a loved one sustained fatal injuries in a speed-related or any other type of car accident, you will need the skills and knowledge of a highly experienced car accident lawyer from the law office of Burns and Jain. Call us at (617) 227-7423 to schedule a free consultation about your injury claim.