Recently, a 65-year old Athol man suffered fatal injuries following a motorcycle crash on Northfield Road in Warwick, Massachusetts. His wife, a passenger, was seriously injured but was recovering at UMass Memorial. Authorities stated it was a single vehicle accident but were unable to confirm the cause of the accident. Apparently, they have not ruled out the possibility that another vehicle was involved that left the scene of the accident or that some road or mechanical defect contributed to the accident. 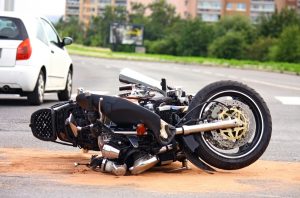 Are Motorcycle Accidents on the Rise?

Motorcycles are becoming more popular for a number of reasons. They are generally less expensive than passenger vehicles, use less fuel, are easier to park, can maneuver through and around traffic, and are fun to ride. However, even though motorcycles constitute only 3% of all registered vehicles in the U.S, they comprise around 14% of all vehicle fatalities. Further, the death rate for motorcycles has doubled since 1994. Fatalities did go down briefly between 2012 and 2014 when the rate was 54.4 per 100,000 registered vehicles but shot up to 60.9 in 2016 when purchases increased. This translates to motorcycles being 6 times more likely than passenger cars to be in a deadly accident.

The rise in motorcycle deaths may be attributed to new and inexperienced riders on the roadways.

Many single vehicle accidents on a motorcycle accident are the result of driver error but there are numerous other factors:

The cause of the fatal accident in Warwick may never be fully ascertained unless a witness comes forth or the passenger is able to recall the events leading up to the tragedy. Investigators can sometimes form a theory from conditions that were present on the road, the roadway design, weather conditions and an examination of the bike. The rider in this case was 65 years old. Since riders in this age group have been known to be either returning to motorcycle riding after years of no riding or are trying it out for the first time, the decedent may have been inexperienced and riding on a bike that was too cumbersome. In the absence of obvious factors, investigators may conclude that a phantom vehicle caused the rider to take drastic evasive action that led to the crash although this may be insufficient for uninsured motorist coverage to be available for the passenger if she chooses to make a claim. Since we have yet to hear from the passenger, she may be unable to recall why the bike crashed.

Protect Yourself When Riding

If you have never ridden a motorcycle before or are just beginning, there are numerous things you can do to protect yourself and to avoid becoming a statistic.

Warmer weather means that more bikes will be on the road. But with the pandemic resulting in fewer cars on the road, speeding violations have increased leading to a higher rate of traffic fatalities. Our state and others have noticed  a dramatic increase in the number of motorists ticketed for speeds exceeding 100 miles per hour.

Establishing Liability in a Motorcycle Accident

Fault or liability for the Warwick accident noted above may never be conclusively determined, but there are clues or evidence that an investigator or motorcycle accident reconstruction expert retained by a motorcycle accident lawyer may uncover. The length of skid marks can indicate the bike’s speed in the seconds before a crash or collision. A review of the road for sand, gravel, oily patches, potholes, or large cracks could uncover a possible cause. Occasionally, a defect in the roadway could be the subject of a negligent design or maintenance cause of action against the municipality responsible for the design and upkeep of the roadway.

The expert would examine the bike for mechanical defects as a possible clue. If there was a defect, a motorcycle accident lawyer could seek compensation from the bike’s manufacturer or from a service facility that may have just repaired or serviced the bike shortly before the accident. If the passenger is able to recall the accident and identifies a hit-and-run driver or at least some characteristics of the fleeing vehicle, then a possible uninsured motorist claim could be filed.

Passenger As Victim Has Claim Against Driver

Regardless of the cause of the accident, the passenger may have a claim against the driver notwithstanding the relationship, including, as in this case, if it is the spouse.  This, of course, could be a complicated claim, but liability insurance does not negate familial relationships.  And the “defendant” would be the estate of the driver.

Motorcycle accident claims can be complex and should only be handled by lawyers experienced in such claims if you want the most compensation available for your injuries.

In accidents where responsible parties are another motorist, or  entities responsible for a design, manufacturing, or road defect, then the injured parties may have a potential claim. Damages in injury accidents may include:

Retain a Motorcycle Accident Lawyer from Burns and Jain

If you were injured or a loved one sustained fatal injuries in a motorcycle accident, you will need the skills and knowledge of a veteran motorcycle accident lawyer from the law office of Burns and Jain. Call us at (617) 227-7423 to schedule a free consultation about your injury claim.