The pandemic and state-wide lockdown has resulted in a 50% decrease in traffic throughout Massachusetts. With fewer cars on the freeways and other roadways, our skies are clearing up and pollution levels are dropping. Unfortunately, traffic fatalities are not decreasing as drivers see an opportunity to race down previously congested roads with the expectation that law enforcement has eased up on patrols. 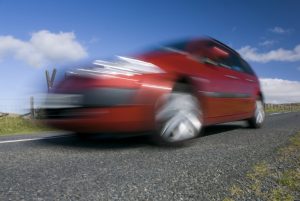 In April, MassDot reported 28 fatal car crashes, which is one more than was reported in April 2019 when our roads were at their usual congested levels. The Governor’s Highway Safety Association released a statement indicating that in numerous states, including Massachusetts, highway patrols are citing more drivers than in previous years for traveling 100 miles per hour or more. Although overall traffic tickets decreased by 95% in April, the traffic fatality rate has increased as it has for pedestrian deaths. Other findings by the states included New York issuing double the rate for speeding violations that were issued in the month before the lockdown. Los Angeles reported a 30% increase in speeding violations.

Speeding drivers are not only seen on freeways. MassDot released data showing that two-thirds of accidents are occurring on local roads. Although the number of traffic accidents in our state has gone down significantly in the past few months, we are not experiencing a commensurate reduction in traffic deaths.

Many towns and cities have reduced urban and local speed limits. According to the International Transport Forum that used a scientifically valid formula, every 1% increase in the speed limit will result in 2% rise in injury accidents and 4% more deaths. While traffic calming measures may be more difficult to implement on freeways or certain urban areas, other roadways may be more amenable. This includes more stop signs and signals, speed bumps, marked and protected bike lanes, safety islands, illuminated and raised crosswalks, and stricter enforcement. Massachusetts state police have indicated that they will be introducing more patrols at random times on freeways and local roadways.

Speeding and driver distraction often go hand in hand. With fewer cars on the road, motorists may be more comfortable using their smartphone to check messages, send a text, take a selfie, snapchat, or view a video. Although Massachusetts state police are now fully enforcing the new ban on use of all hand-held devices that went into effect in late February of 2020, drivers are still using their phones in dangerous ways. A spokesman for the Department of Transportation commented that the relatively quick period in enforcing the new law has added to the dramatic change in conditions that drivers have yet to adjust to.

The value of any injury claim depends on a variety of factors including liability, severity of the crash, and the nature and extent of your injuries. If your injuries have prevented you from returning to work, has resulted in a permanent disability, or interfered with your engaging in daily or recreational activities, your car accident lawyer can document this and present a settlement demand that can get you the most compensation available.

Damages in injury cases may include:

Punitive damage awards are only allowed in death cases and depend on the egregiousness of the defendant’s conduct. If the motorist had been traveling at 100 miles per hour or more, this might constitute a particularly wanton or grossly negligent act that would warrant such an award.

If you were injured or a loved one sustained fatal injuries in a car accident, you will need the skills and knowledge of a knowledgeable and experienced car accident lawyer from the law office of Burns and Jain. Call us at (617) 227-7423 to schedule a free consultation about your injury claim.