A recently released study published in the American Journal of Preventive Medicine indicated that 15% of alcohol-related driving deaths involve drivers who tested below the legal driving limit of 0.08% BAC (blood alcohol content). Drivers with a BAC of 0.08% and above are legally presumed to be under the influence and can have their driver’s licenses suspended as well as face criminal penalties. The study also found that 55% of fatalities in accidents where drivers tested below the legal limit were passengers, suggesting that we have underestimated the effects of even lower levels of blood alcohol on driving behavior. 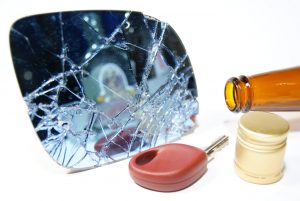 Hit By A Massachusetts Drunk Driver?

At 0.08%, a typical male of average weight (160 pounds) can drink around 4 alcoholic beverages in one hour and have a BAC hovering at the 0.08% level. A typical female of average weight (120 pounds) can have about 2 drinks before reaching the limit. However, researchers have found that cognitive levels are affected in individuals whose BAC is as low as 0.03%.  A number of driver safety organizations including the National Traffic Safety Administration and National Academies of Sciences have called for lowering the legal limit to 0.05%, which a number of countries have done. Utah is the only state that has lowered the limit to that level though other states are seriously considering a similar reduction. For years, the level was at 0.10% until the beginning of this century. Federal highway funding is generally tied to states lowering the BAC limit to the federal government standards.

Should the legal limit be lowered to 0.05%, it would take 2 drinks over one hour for a typical male of average weight to reach that level. The average female can reach that level after a single drink over one hour. Even individuals who are heavier can have levels hovering at the 0.05% level after just two drinks. There are other factors that determine blood alcohol levels and how we react to the alcohol in our system.

As noted above, the study found that more than half of the fatalities in vehicles where drivers had been drinking but were tested at levels below 0.08% were passengers. Although passengers cannot be prosecuted or risk having their driver’s licenses suspended if they chose to ride in a vehicle operated by an intoxicated driver, they might be considered comparatively negligent that could affect their ability to collect compensation in a civil claim for compensation if they are injured. What would a jury think when presented with this information?  Passengers’ claims, however, may be contingent on whether they knew how many drinks the driver had consumed, if the driver was visibly intoxicated, and if their or another motorist’s driving conduct was the cause of the accident. In some circumstances, a passenger may have claims against the driver of the car they were in and another motorist, or even some other factor that is not readily apparent other than to an experienced car accident lawyer.

Still, anyone who gets into a car with someone that has been drinking at all is taking a risk. If the driver consumed at least 2 drinks over one hour, his/her BAC is likely to be at or near 0.05% and will be feeling the effects of the alcohol. Drinking can significantly slow reflexes and reaction time and cause some to use poor judgment and take unnecessary risks.

While the states ponder over whether to reduce their legal driving limit to 0.05%, the study made a number of recommendations based on data from countries that implemented certain measures to limit or discourage drinking. These include:

States that wish to lower the legal limit may expect resistance from the liquor, bar, and restaurant industries. It remains to be seen whether federal legislators will ignore lobbying efforts from these industries and feel that it is time to lower the legal limit to 0.05% nationwide by again making federal highway funding contingent on a state’s lowering the BAC limit.

Damages in any injury claim depends on the nature, extent, or severity of the injury and how it has affected your life. What you can expect in a wrongful death claim depends on the available insurance or other assets possessed by the defendant as well as the economic and non-economic factors pertaining to the decedent.

Damages in injury cases may include:

Although drinking and driving is often perceived as a grossly negligent act, the evidence generally has to show that the intoxicated driver either had an elevated BAC (at 0.15% or higher), or was driving in a particularly egregious fashion such as grossly excessive speed, was fleeing police, or racing.

If you were injured or a loved one sustained fatal injuries in a drunk driving accident, you will need the skills and knowledge of a veteran car accident lawyer from the law office of Burns and Jain. Call us at (617) 227-7423 to schedule a free consultation about your injury claim.