If you have ever seen or at least heard of the 1953 film noir classic, “The Wild One,” starring a brash and anti-authoritarian hero Marlon Brando who rode menacingly into a small California town with his band of outlaw motorcyclists, you might think about comparing it and its existential message to Springfield resident and self-proclaimed urban cyclist, Joshua Diaz, founder of 413 BikeLife. This group of young, mostly high school aged cyclists, while not exactly taking over and terrorizing the town like Brando and his group of rebel motorcyclists, have taken to the streets of Springfield on their bicycles in what Mr. Diaz claims is merely an expression of their dedication, athleticism, and devotion to the art of bicycle riding. 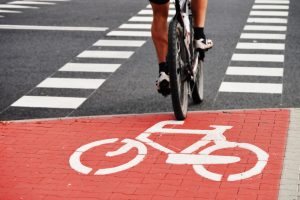 But if you listen to Springfield Mayor Domenic Sarno and a number of the city’s residents, Mr. Diaz and his group had been engaging in Brando-like behavior that is disrupting traffic while performing dangerous maneuvers in the middle of intersections along with harassing pedestrians. A group of five cyclists were even accused of spitting on a bus driver who had presumably asked them to refrain from endangering themselves and others on the road. Springfield police reported some 700 complaints last year from residents regarding packs of cyclists and off-road vehicle drivers who often ride in groups of 10 or more of ignoring traffic signals, riding alongside cars, and stopping traffic while performing wheelies and other stunts on their cycles, dirt bikes and ATVs.

The city police commissioner recently announced the formation of a special unit designed to address the problem. While not actively pursuing cyclists and drivers of off-road vehicles that are not legal on city roads, officers will monitor them and confiscate the bikes and issue citations to cyclists as well as to drivers of all-terrain vehicles and unregistered dirt bikes if riders or drivers are found to have violated a traffic law or if drivers of the off-road vehicles cannot produce proof of ownership.

For his part, Diaz claims that his group mostly adheres to the traffic laws and that he does not condone the actions of the few who are exhibiting lawless behavior. As the leader of the bike group, he professes that he is interested in teaching younger riders how to ride safely. Diaz reiterated that his collection of riders has an unofficial code that stresses civilized riding including not harassing pedestrians, not damaging cars, and not placing themselves in harm’s way. BikeLife is evidently part of an unofficial international organization of cyclists whose members post videos on social media of their stunts. Diaz also emphasized that they are only doing what parents have been nagging them to do for years—get off their smartphones and video games and get some exercise and fresh air.

City officials are at odds about how to react to the complaints without unnecessarily targeting cyclists who do obey the law. Springfield, like many cities and towns in Massachusetts and across the country, have actively advocated for more bicycle usage and have installed bicycle only lanes on city and suburban streets to encourage more recreational bike riding and commuting by pedal. Some cities and towns have shared pedestrian and bike paths and others have constructed bike parks where riders can practice their stunts away from city streets.

However, it is not uncommon to see cyclists ignoring traffic signals or signs, many of whom do slow and look for crossing traffic before proceeding. Under Massachusetts General Laws Chapter 11, Section 11B, all cyclists are required to obey traffic laws, including red lights and stop signs, to yield to pedestrians in crosswalks, and to use hand signals when turning. Any rider under the age of 16 must wear a helmet. Riders may ride in pairs alongside each other but must yield to faster traffic. It is not illegal to perform a wheelie so long as the cyclist is not impeding traffic or getting in the way of pedestrians. There are other sections requiring lights on bicycles when riding at night and other safety features. For their part, motorists must maintain at least a 3-foot space between them and a bicyclist, to not drive in bike lanes, and to use caution before opening a door when parked next to a bike lane.

Diaz and at least one city council member have pointed out that the mayor’s office and police have made no effort to reach out to Diaz and his group to address their concerns or to educate riders on safe riding. Instead, the police have targeted them with their tactics that has only created resentment if not defiance. While some residents have suggested that the riders confine themselves to the city bike path, Diaz said that practicing their stunts on a narrow pathway is unsafe and impracticable. Diaz and city officials, however, have discussed building a bike park that had drawn considerable attention and interest since it would likely draw young riders away from downtown and into a safe environment to practice their stunts and to congregate with one another. Unfortunately, its construction will likely not happen anytime soon given the recent pandemic and the scarcity of resources that it has engendered. In the meantime, take the opportunity to stream “The Wild One’ while sitting out the lockdown, or perhaps “Rebel Without a Cause?”

Most bike accidents naturally occur during warmer weather when there are more cyclists on the road. Riding in the fading dusk and between the hours of 6:00 p.m. and 9:00 p.m. accounts for nearly a quarter of all accidents. While some bike accidents are due to cyclist error, poor road maintenance, or being chased by a dog, the majority involve a motor vehicle. According to the Boston police department, about 18% of accidents are caused by motorists who claim not to have seen the cyclist, and 22% from dooring where a driver or passenger opens a car door into the path of an approaching cyclist.

Because of increased ridership including a rise of 4.5% in bicycle commuting in Boston, accidents and deaths on bicycles are up by 15% statewide over the past 3-years. Your chances of sustaining an injury in a bike accident is around 70% compared to being in a car accident, which is 1 in 77 accidents.

Establishing liability or fault for an accident can often be difficult when the only witnesses are the parties. A Massachusetts car accident lawyer can sometimes find evidence from surveillance cameras on street poles or from adjoining businesses, or by careful questioning of the motorist or pedestrians who may have either observed the accident or its immediate aftermath. The damage to the vehicles and positioning of the car and bicycle after the accident can occasionally be a telling sign of liability.

If injured in a bicycle accident, you are entitled to PIP (personal injury protection) benefits from the insurer for the car that hit you or from your own auto liability carrier regardless of fault. Should your injuries meet the no-fault threshold and you can establish liability on the part of the motorist, you can then bring a claim for additional compensation.

If you were injured or a loved one sustained fatal injuries in a bicycle accident, you will need the skills and knowledge of an experienced and knowledgeable car accident lawyer from the law office of Burns and Jain. Call us at (617) 227-7423 to schedule a free consultation about your injury claim.