While our roads and highways have experienced a dramatic decrease in traffic since our state began the lockdown due to the coronavirus pandemic, and commuting to work receded into a distant memory, we are nevertheless seeing a dramatic increase in pedestrian accidents and deaths. This would seem counter-intuitive since fewer cars and people on the streets would naturally appear to result in substantially fewer encounters between people and cars. But data from the Massachusetts Department of Transportation showed that we had 28 pedestrian fatalities in April, one more than in April 2019. This is despite up to a 50% reduction in traffic on major highways. 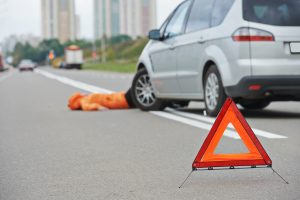 Nationally, the statistics on pedestrian deaths since the pandemic bear out this seemingly puzzling phenomenon. Even before this crisis developed, the U.S. was seeing a significant increase in pedestrian deaths. In 2018, there were 6,200 pedestrian deaths, an increase of 35% since 2008 and a 4% jump over 2017. Many safety advocates attributed the rising numbers to the popularity of SUV vehicles whose sales have skyrocketed in the past several years. These vehicles are bigger, heavier, and when they strike a pedestrian, the chances that that person will suffer a fatal injury is much higher than if struck by an ordinary passenger vehicle – and, they are harder to manage, especially in tight areas.

Other Factors in the Increase in Deaths

Experts in traffic safety have noted that drivers, seeing that the roads are significantly less congested and perhaps assuming that law enforcement will be less likely to be patrolling, have taken this opportunity to treat highways like the German autobahn. Boston Mayor Martin J. Walsh commented recently on this trend when he stated that with less cars on the road, we are seeing noticeably increased speeds that only exacerbates the severity of a crash. With faster speeds, reaction/perception times are decreased giving drivers a few seconds less to perceive a hazard in the roadway (pedestrian or bicyclist) and to take evasive action. In our state, some two-thirds of the pedestrian deaths have occurred on local roads where drivers may be assuming there would be even less enforcement with fewer cars. Also, most pedestrian deaths occur at night where fatalities have increased by 67% between 2009 and 2018 and where many roads are likely not as illuminated, and more drivers are fatigued or under the influence. Daylight fatalities only increased by 16% over this time period.

Further, the Governors Highway Association released a statement in which it cited a significant increase in speeding violations in their states where more cars are exceeding speeds of 100 mph or more. This suggests that drivers are pouncing on empty or near-empty roads as an opportunity to accelerate to speeds they would normally not attempt.

However, empty roads are not the only culprit. Texting or using smartphones is still a temptation that many drivers continue to practice. It was only this year that Massachusetts instituted a total ban on hand-held devices while driving so drivers may still be getting used to the new restrictions. Despite this, drivers continue to talk, text, review emails, and view or even take videos while driving. This practice has been trending steadily upwards since 2009 when mass smartphone use increased substantially.

Drunk driving remains a significant factor as well. Forced quarantine possibly increases the likelihood of drinking and driving as frustration and boredom mounts over loss of income, and where movies, gyms, restaurants, and other non-essential businesses remain closed. Even though drunk driving laws have become stricter over the years and evidence to convict drivers of being under the influence has become easier for prosecutors to obtain, this epidemic has not abated.

Hope for the Future?

Despite these grim statistics, there is hope. State law enforcement is expected to increase its presence, to cite more speeders, and to begin a safety campaign on highway messaging boards to remind drivers to slow down. Also, newer model cars are being equipped with automatic braking features that will slow a vehicle when sensors perceive a hazard such as a stopped or slowing vehicle or a pedestrian in the roadway. Pedestrians are encouraged to be aware of their surroundings when crossing a street, even when in a crosswalk, and to stop focusing on their phones when crossing, Particular caution should be practiced at night when the overwhelming number of pedestrian deaths occur.

Anyone who was injured or has a relative who was killed in a pedestrian accident should retain an experienced car accident lawyer to handle their claim. A majority of car accident and death claims have issues that only a skilled and knowledgeable car accident lawyer can address including coverage, liability, comparative fault, and proof of damages.

Damages in a pedestrian accident claim may include:

If you were injured or a loved one sustained fatal injuries in a pedestrian accident, you will need the skills and knowledge of a veteran car accident lawyer from the law office of Burns and Jain. Call us at (617) 227-7423 to schedule a free consultation about your injury claim.