Many people despise daylight savings time when clocks are set ahead one-hour and we lose a precious hour of sleep. The early onset of darkness in the late afternoon is lamented as well. Psychologists and other mental health specialists have long argued that the practice is outdated and results in increased rates of depression, bi-polar disorder, and seasonal affective disorder. Now, the conclusions of a traffic study published in Current Biology delivers even more bad news on the effects of the ‘spring ahead,’ and ‘fall back’ routine. 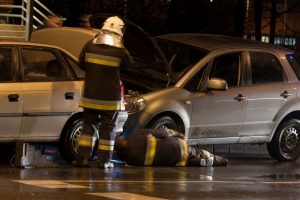 Researchers in the study examined over 730,000 fatal car accidents from 1996 to 2017 and concluded that fatalities increased by 6% in the one-week period following the first day of daylight-saving time. The most pronounced increase was in the morning hours when we are still recovering from the loss of one-hour of sleep. Although it may be easy to say that you can make up that hour by simply going to bed one hour earlier until we are acclimated to the change, most people prefer to keep their routine rather than staying awake in bed during that hour. However, this is probably the only and best recommendation you can follow for at least the first week following the time shift.

Another study on this phenomenon conducted at the University of Colorado at Boulder looked at 2007 in examining changes from daylight saving time to standard time. According to data from the Fatal Accident Reporting System, there was a 17% increase in fatalities on the Monday following the clock reset in that year.

Sleep deprivation is a serious condition that affects worker production and contributes significantly to traffic accidents. The AAA Foundation for Traffic Safety found that persons who slept 6-7 hours per night are in accidents at twice the rate of drivers who slept at least 8-hours. If you sleep 5-hours or less, your chances of being in a traffic accident increases 4-5 times.

The interruption of your sleep cycle is the reason for the increase in fatal accidents following the shift in hours. If you tried to go to sleep an hour earlier in the days following the change, your body still has to adjust but this remains the best solution to adjusting to the change. When our sleep cycle or routine suddenly changes, this tends to make us drowsy and less alert, making us more vulnerable to accidents. Even if you attempt to compensate for the change by drinking more coffee, turning the radio up in the car, or opening a window, your body will still feel the effects for the first 6-days following the 2:00 am Sunday time change.

Fatigue or falling asleep at the wheel is a major contributor to traffic accidents and is no less a concern than distracted or drunk driving. Few of us have not experienced a momentary loss of consciousness when we doze off from either lack of sleep or highway hypnosis on a long, monotonous drive, or from lack of focus when our mind starts to drift off. At 60 miles or hour, your car travels 88 feet per second, or nearly 30-yards. If you fall asleep for just a few seconds, your car can easily veer off into the opposite lane of traffic or off the road and into a median, tree, another car, or a pedestrian. It is the legal duty of every motorist to exercise ordinary care when driving, which includes recognizing that you are feeling drowsy and nodding off and that you need to pull over or find some other mode of transportation rather than risk an accident.

Every year we seem to hear the drum beat for eliminating daylight savings time, but legislators are slow to change fearing that unless other states also eliminate the practice, confusion and chaos will result. But with studies confirming the deleterious effects of the time change, perhaps governors and legislators can come to a consensus and eliminate a practice that was initially implemented in Europe during WWI to conserve fuel.

Persons injured in an accident have to prove that their injuries were caused by the negligent conduct of another driver or entity. Fatigue or falling asleep at the wheel is a major factor in many accidents. A car that suddenly veers off into another lane of traffic or that leaves the roadway and careens down an embankment or into a concrete wall is usually the result of a driver who fell asleep, even for an instant.

Many truck accidents are the result of driver fatigue. Your Massachusetts car accident lawyer can often find that a truck driver exceeded statutory regulations for how many hours a driver can be on the road before resting. The truck’s black box or data recorder can the track the truck’s speed, braking, and provide other information that can easily suggest the driver fell asleep in the moments before the accident.

Many newer passenger car models have similar data recorders on their vehicles, and anyone can install a video camera on the dash. However, it is extremely expensive to retrieve the data from data recorders so car accident lawyers will tend to not pay to obtain the data unless liability is an issue and the injuries are severe or fatal. Still, there are other ways that an experienced car accident lawyer can prove that fatigue or some other factor contributed to an accident if liability is contested.

If you were injured or a loved one sustained fatal injuries in a fatigued driving accident, you will need the skills and knowledge of a veteran car accident lawyer from the law office of Burns and Jain. Call us at (617) 227-7423 to schedule a free consultation about your injury or wrongful death claim.