This past January two young men in their early 20s who were on their way to an early morning shift for work were killed when their sedan apparently drifted into the opposite lane of traffic and was struck head-on by a pickup truck. Both vehicles sustained heavy front-end damage and the sedan, which ended up in the woods, had a smashed windshield. The pickup truck driver had non-life-threatening injuries. 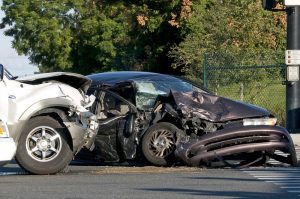 The sedan was found to be traveling south in the northbound traffic lane on Granite Road near Braintree High School. The two men were stepbrothers on their way to work at Walmart in Quincy when the accident occurred around 4:00 am.

Head-on collisions often result in catastrophic injuries or death since at least one of the vehicles is usually traveling the speed limit or higher and the drivers had little to no time to take measures to avoid the impact. The Insurance Institute for Highway Safety (IIHS) reports that 58% of head-on collisions are fatal, making this type of car accident the primary cause of most serious injuries and death by a large margin. About 10% of all fatal car accidents are head-on impacts despite constituting only 2% of all car accidents.

Also, head-ons are more frequent in rural areas as they comprise 13% of all rural fatal accidents compared to less than 7% in urban areas.

Many rural roads are one or two lanes in each direction and often lack street lighting, medians, guardrails, or shoulders. At night, it can be difficult at times to tell if an approaching vehicle is coming right at you or not until it is too late. A good number of head-on collisions are single car accidents with a vehicle striking a deer, or the driver losing control and hitting a tree on the side of the roadway.

Factors in head-on collisions include:

Investigators may never know how the sedan in the Braintree accident ended up on the wrong side of the road. At 4:00 a.m., it is likely the driver was not fully awake or perhaps there was a distraction in the vehicle or a hazard on the road that may have caused him to suddenly swerve into the opposite lane of travel.

The driver of the pickup who survived the accident can bring a claim for his own injuries since his driving conduct was negligent. He can be compensated for his medical expenses, lost time from work, and pain and suffering if his medical costs exceeded $2,000, which is one of the threshold requirements for bringing a third-party claim. The other requires a serious and permanent disfiguring injury, broken bone, or loss of hearing, sight, or of a limb, or death.

But can the executor for the decedent who was a passenger in the sedan bring a wrongful death claim against the auto policy for the driver who was the passenger’s stepbrother? Stepbrothers are not blood relatives but are related by marriage. Some states still maintain an intrafamily immunity doctrine that insurers will insert in their policies that bars family members from suing each other, but this doctrine no longer exists in Massachusetts. Even if the policy covering the driver of the sedan has such an exclusion, it is invalid under state law so that the wrongful death claim could proceed.

The negligent act of the driver was his driving on the wrong side of the road regardless of the reason why, which will likely never be ascertained.

In Massachusetts, the executor or administrator of the decedent’s estate brings the wrongful death claim on behalf of the immediate family members. Damages in these claims include:

Serious injuries or death from head-on collisions and other deadly car accidents cause severe disruption to its victims and their families. An experienced car accident lawyer from Burns and Jain can discuss the process of a wrongful death claim and what you can do to maximize compensation for the loss of a loved one. Call Burns and Jain at (617) 286-3594 for a free consultation about your injury or wrongful death claim.