What happens if your car is stolen and is involved in a property damage or even a serious injury car accident in Massachusetts?  Are you liable for the damages and injuries? What about the damage to your car? 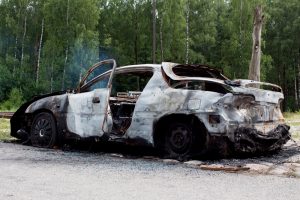 These questions might have been asked of the owner of a stolen vehicle in Methuen last October when his stolen vehicle struck and killed a pedestrian.  The driver, a 16-year old who knew the vehicle’s owner, fled the scene but was soon located and arrested and charged on various charges including manslaughter.

The short answer in the Methuen accident case is that the insurer, if there was one, would deny coverage to the decedent’s family.  Since the car was presumably being used without the owner’s permission, then the insurer has no exposure, though the vehicle’s owner can make a claim for the damage to his vehicle though his insurer.  The rationale for this outcome is that the owner is not responsible for the actions of the thief, owes no duty of care to others in such circumstances, and could not have foreseen that the thief’s negligent conduct would result in a fatality.  This does force the decedent’s family to seek elsewhere for compensation for the loss of their loved one.

The result could change, however, if your Massachusetts car accident lawyer conducts an investigation to determine if the vehicle was indeed stolen.  It is possible that the owner had allowed the youth to drive his car on prior occasions. Also, did the owner report the car stolen only when he learned of the fatal accident a day or more later?  If so, this could constitute permissive use of the vehicle and put the owner’s auto insurer on the hook.

Another fact might be that though the owner knew that this person had used his car without permission in the past, he never reported it stolen at that time.  If he then made the vehicle accessible by leaving keys in the ignition and in his driveway, rendering it more likely that it would be used by this individual, this could also imply permission.  If anything, it could impose a duty of care on the owner who could reasonably foresee that the young driver would take the care, drive it, and present a risk to motorists. This scenario would at least implicate the vehicle’s owner who would be battling his own insurer over coverage.

The more probable conclusion from the Methuen fatal accident is that the youthful driver did steal the care or drove it without the express or implicit consent of the owner.  Because this would be a wrongful death claim, the decedent’s administrator would bring the action. But since coverage of the involved vehicle would be denied by the insurer, the administrator would have to look at the decedent’s own auto policy for uninsured motorist (UM) coverage.

UM is mandatory in Massachusetts, though you are only required to have a minimum of $20,000 in coverage.  However, motorists should consider that adding a higher limit to their auto policy is not cost prohibitive and it protects them in cases where their injuries and damages are significant.

Nationwide, the percentage of uninsured vehicles on the road at any time is about 13%.  While Massachusetts has one of the lowest rates at 6%, you would not want to suffer serious injuries if an uninsured motorist or driver of a stolen vehicle caused your accident and you had minimal UM coverage.  You will be left personally responsible for all outstanding medical bills and not be able to recover sufficiently for lost income, pain and suffering or your diminished quality of life. Although you could decide to bring a lawsuit against the uninsured driver who caused your accident and obtain a judgement, chances are that that individual lacks substantial assets that can be seized, and collection efforts that can be expensive are likely to be in vain.

How Much UM Coverage is Necessary?

As noted, Massachusetts only requires that its motorists purchase auto liability limits and UM coverage of $20,000/$40,000/$5000. This means that in an accident with a driver who has these minimal limits, you can collect only up to $20,000 from that policy for your own injuries.  If there are multiple persons injured, there is $40,000 available but no claimant can receive more than $20,000. Property damage is covered up to $5000.

The same is true if you only purchased UM coverage of $20,000 since that is the limited sum that you can pursue.  Therefore, we strongly urge motorists to purchase as much cover age as they can, up to $250,000. If the injury is a serious one where there is loss of a limb, permanent disfigurement or disability, substantial loss of income, thousands of dollars in medical bills, or a death, then the figure is much higher.

If you were injured in a stolen car accident case and seeking compensation under the UM portion of your own auto liability policy, the damages are the same as in any third -party case.  You also would need to meet the no-fault threshold limits of $2,000 in medical expenses and/or have suffered a serious injury including a fractured bone, or loss of sight, or hearing before pursuing a UM claim. Further, you must show that the uninsured driver’s negligence caused the accident, and that your injuries resulted from the accident.

Your own insurer now becomes your adversary. Your car accident lawyer will have to prove all the elements of a negligence case including your damages. Damages in a typical car accident injury claim are:

Damages in a wrongful death claim are somewhat different. It can include:

Consult a Car Accident Lawyer from Burns and Jain

Insurance coverage issues in a car accident claim can be complex. You could be left without significant compensation or any at all if an insurance issue is resolved against you. By retaining an experienced and seasoned car accident lawyer from the law firm of Burns and Jain, you can be assured that we will vigorously represent your best interests and seek all available compensation for your injuries.