Receiving news that your child has been involved in an accident is a parent’s worst nightmare. The parents of four middle school aged children did get such news in a hit-and-run car accident that occurred in Stoneham, Massachusetts a few months ago.  Fortunately, none of the children were seriously injured. 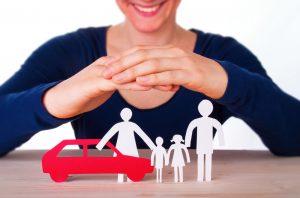 In the accident, a 30-year old Burlington woman with a history of prior drug and traffic-related arrests was charged with multiple offenses including leaving the scene of an accident with injuries, negligent operation of a motor vehicle, and speeding.  Remarkably, the collision was captured on a surveillance camera that showed the four children with bicycles standing in a driveway when the vehicle suddenly veered directly into them, struck them and scattering the children all over the driveway. The negligent and reckless driver fled the scene and reportedly removed the car’s license plates after arriving at a friend’s house in Lynn.

Police did not reveal how they identified the driver or if any witnesses at the scene were able to get the license plate number.  Although video footage of the accident is grainy, experts can sometimes ascertain a vehicle’s make, model, year and even read license plates.

The injured children were pedestrians but are covered for their medical expenses at least through their household’s no-fault insurance so long as their parents had motor vehicles with auto liability insurance.  No-fault allows injured drivers, passengers, and pedestrians to recover PIP or Personal Injury Protection benefits via their own insurer for $2,000 if the injured person has health insurance and up to $8,000 of medical expenses regardless of who was at fault.  The $8,000 limit applies if the child’s health coverage is through Medicaid, Medicare, MassHealth, or a fully insured Employee Retirement Security Act (ERISA) plan.

If there is other health insurance coverage for any injured child, then health benefits are capped at $2,000, after which the additional bills are to be submitted to the health insurer.  Auto insurance and PIP benefits covers household members regardless if they are minors or do not drive. (It also covers lost earnings up to $8,000.)

If their parents were uninsured, then the injured children could look to the driver’s policy for PIP benefits if she did have insurance for the vehicle.  PIP benefits are available for up to two years after the accident, provided that you can prove that the medical or wage loss claimed is causally related to the injuries you received in the accident.

Although none of the children in the Stoneham hit-and-run accident suffered any serious injuries, they could still seek additional compensation against the responsible motorist for pain and suffering and any additional medical expenses that exceeded the PIP benefits if they meet the threshold.  This means that a child’s medical expenses must have exceeded $2,000, and/or the child suffered a fractured bone, serious or permanent disfigurement or substantial loss of hearing or sight.

An ambulance ride and treatment at a hospital can easily exceed the $2,000 threshold even if no one suffered any fractures or permanent scarring.  If so, then a third-party claim could be made against the Burlington woman who was charged with causing the accident.

If the responsible motorist lacked auto insurance, then the parents of the injured children can look to their own auto policy for uninsured motorist (UM) coverage.  The minimum limits for auto liability coverage in Massachusetts is only $20,000 for any one individual’s injuries, and $40,000 total for all injured persons in the accident.  If all four children met the no-fault threshold and made claims against the at-fault driver, no one child could receive over $20,000 regardless of how serious the injuries.

Underinsured (UIM) coverage could provide additional compensation so long as the UIM coverage exceeded the defendant’s liability limits.  If the parent did have it, then if the responsible motorist had only $20,000 in coverage and the parent possessed $100,000 in UIM coverage, the child could claim up to $80,000 under the UIM portion of the parent’s policy once the child received the $20,000 liability limit from the defendant’s insurer.

The conduct of the Burlington woman in fleeing the accident scene was abhorrent if not outrageous.  She fled knowing that she likely seriously injured the children, and then attempted to further evade responsibility by removing the license plates from her car.

However, regardless of how reckless or willfully indifferent she was to the safety and health of the children, punitive damages in Massachusetts is only available in wrongful death cases.

Are there Other Possible Avenues of Compensation?

If the Burlington woman responsible for the injury accident was intoxicated when she drove, then the vendor, which could be a social host who controlled the liquor, or a bar or restaurant that served her may be civilly liable for injuries that she caused.  You must demonstrate, however, that the woman was intoxicated, which may be difficult to prove since she was not identified until hours or days after the accident. Further, you must show that she was visibly intoxicated when served and the server knew or should have known that she was driving.  An investigator hired by your car accident lawyer might be able to locate witnesses who could testify that they observed the woman drinking copious amounts of alcohol at the bar on the day or night of the accident and who stumbled out the door just minutes before the accident.

If the injured children in the Stoneham case met the threshold limits, then they can pursue additional compensation. This can include:

If the child suffered a permanent injury, a forensics economist could reasonable estimate how the injury will affect the child’s future earning capacity. There are other factors an expert can use to arrive at a credible figure for this aspect of damages.

Emotional distress can be exhibited by nightmares, anxiety, fear of being in a car, and other symptoms that might indicate post-traumatic stress disorder.

Liability in many car accident cases are not clear cut.  Also, insurance companies are notorious for denying PIP benefits and for minimizing the nature and extent of injuries.  For any car accident injury, retain a seasoned and experienced car accident lawyer from Burns and Jain. We have been representing the rights of injured victims for decades.  Call us today at (617) 249-6763 for a free consultation about your injury claim.