Hit-and-run accidents are among the most devastating and frustrating of personal injury cases.  A Massachusetts motorist causes an accident that severely injures someone. Instead of attending to the injured victim and calling 911, the motorist panics and flees.  It is difficult enough for a family to learn that a loved one was killed in an accident and that the responsible party has refused to take responsibility, but their grief is compounded if they feel that prompt medical attention might have saved the person’s life. 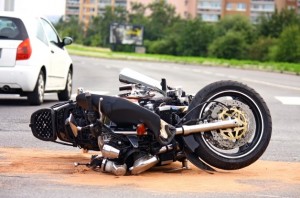 Ironically, the vehicle’s license plate had been knocked off in the collison, this led police to the defendant’s home.  He has since been arraigned in Malden District Court on various charges including vehicular homicide and leaving the scene of a fatal accident.

Why Do People Flee from Massachusetts Accidents?

For most people, it is inconceivable that they would leave the scene of an accident, especially where they knew someone was injured.  Most accidents are unintentional (negligent) and occur from distraction, violating a traffic law, or simple inattentiveness. In the above matter in Malden, the motorist may not have been cited for anything except for speeding or traveling too close behind another vehicle if he had simply stopped and called 911 after initially rear-ending the motorcyclist.  As in many cases, it is the coverup that is the crime.

Motorists flee from accident scenes for a variety of reasons. These include:

Many hit-and-run accidents are never resolved.  If the accident occurs at night or in a sparsely inhabited area, there may be no witnesses.  In many urban areas these days, however, there are video surveillance cameras on street poles or at businesses adjoining the streets that often film accidents.  Police or experts can often either directly observe the license plate or ascertain the make, model and year of the vehicle on the film, and confine their search to the immediate area for these vehicles. Otherwise, debris at the scene can sometimes leave clues as to the type of vehicle.  Fortunately, in the Everett collision, the police had both surveillance footage and the license plate.

The immediate family of the deceased motorcycle rider can seek compensation for the loss of their loved one by pursuing a third-party claim against the driver’s insurer.  In Massachusetts, the administrator or executor of the decedent’s estate is the one who brings the wrongful death claim.

In many hit-and-run accidents where the at-fault motorist is not found, or if the driver is located but lacks auto liability insurance, the victim or the victim’s family can seek compensation under the uninsured motorist (UM) provision of the victim’s or decedent’s own auto liability policy.

That the motorist fled the scene of an accident is not a legal presumption that the driver was negligent in causing the accident.  If the victim was riding a bicycle at night in the middle of the road with no reflectors or flashing lights on his bike or helmet when struck, the fact that the driver fled the scene is irrelevant to the issue of liability.  It probably means the driver failed to stop for any of the reasons given above.

Without proof of the defendant’s negligence in causing the accident as was clearly seen in video footage in the above motorcycle accident, a severely injured claimant or the family of the deceased may be left with no compensation for the accident.  However, even in the absence of video footage, a reasonable inference could be made that the motorcyclist was negligently struck by another vehicle so as to at least trigger UM coverage.

A UM claim proceeds as if it was a third-party action with the claimant’s insurer as the adverse party. The only difference is if the matter is not settled, it is resolved in binding arbitration instead of before a jury or court.

Damages in a wrongful death claim often include:

Do not assume that if you were injured in a hit-and-run accident, that it automatically presumes that you are entitled to compensation. Let a highly experienced car accident lawyer from the law firm of Burns and Jain handle your hit-and-run accident claim so you can be assured that your rights are protected, and all avenues of compensation are explored.