It is particularly surprising to learn that some people drink in the mornings.  Some may even do so as part of their morning routine before driving to work. Although you may think you are safe from encountering an intoxicated driver during your early morning commute, statistics show otherwise.  Unfortunately, the risk is especially acute in Massachusetts. 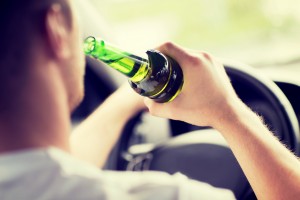 An insurance company, QuoteWizard.com LLC, recently reported that it had analyzed data from the National Highway Traffic Safety Administration Fatality Analysis Reporting System to determine the incidence of morning DUI.  It compared drunk driving deaths to the total of driving fatalities that occurred between 9:00 a.m. and 3:00 p.m. for the years 2013 to 2017.

The data for Massachusetts found that of 343 accident fatalities during this period, 50 were attributed to intoxicated driving, for a percentage of 14.5%.  This placed our state 8th in the nation for morning DUI fatalities.

This does not necessarily imply that people are drinking at home upon awakening or opening the neighborhood bar for an early morning shot or hot toddy before heading to the office.  More likely, the intoxicated drivers were individuals who drank heavily into the early morning hours, returned home to sleep for a few hours, and then got up to drive to work. Many of these individuals were likely still hung over and either had no idea that there was still enough alcohol in their blood to affect their judgment and driving conduct or simply didn’t care.  Some may not have slept at all or continued to drink at home and before driving to work or any other destination.

We have enough public media announcements and campaigns to combat drunk driving, but few address the apparently hidden or unexposed problem of morning DUI.  Just because people are able to get home safely after a night of copious drinking, a few hours of sleep and a cup of coffee are often not enough to dissipate the alcohol in their system.  Even if just hung over, fatigue and the even relatively small percentage of alcohol in their blood that has not entirely metabolized, is enough for them to constitute a hazard to themselves and to other drivers and pedestrians.

Be Wary in the Mornings

Weekday morning as well as afternoon commutes are treacherous if only because of the sheer number of cars, bicyclists, and pedestrians in Greater Boston these days.  Drivers are eager to get to work or to get home and often take unnecessary risks. If someone is hung over, fatigued and still intoxicated motorist to the list, then the risk becomes even more pronounced especially since there are far more people on the roads than between 12:00 a.m. and 5:00 a.m. when most DUI arrests occur.

You can avoid morning accidents by commuting by public transportation, leaving earlier for work, so you are not in a rush or to compensate for the accident that inevitably occurs that leads to added congestion.  Do not tailgate and be courteous to merging motorists. If you see a driver who is weaving or otherwise driving erratically, call 911 to report them. You are doing that driver as well as yourself and other motorists and pedestrians a favor by getting the driver off the road and preventing a serious or fatal accident that is only waiting to happen.

A driver who was fond to be intoxicated is not automatically liable for injuries in an accident. The motorist must have acted negligently, which could be failing to stop for a red traffic signal or stop sign, making an unsafe turn or lane change, or driving on the wrong side of the street.  If liability is disputed, then the drunk defendant’s version of events is likely to be less credible than yours.

Also, your Massachusetts veteran car accident lawyer might be able to bring a dram shop claim against a business if the drunk motorist had been served at a bar or restaurant while visibly intoxicated, or against a homeowner if the defendant was a minor who had been drinking at the home.

Even if no witnesses can be found in the bar or establishment, if the driver was noticeably and obviously intoxicated at the scene and had been seen leaving the bar just minutes earlier, a reasonable inference can be made that the motorist was visibly intoxicated when last served. A stronger case might be made if the defendant’s blood alcohol concentration (BAC) level was elevated.

Families that are devastated by the loss of a loved to a drunk driver can bring a wrongful death claim against the responsible motorist.  These claims are brought by the administrator for the decedent’s estate on behalf of the decedent’s immediate family members. This includes the surviving spouse, children, siblings, and parents if there is no spouse or children.

Damages in a wrongful death claim typically include:

Punitive damages are available in Massachusetts wrongful death cases if it is determined that the defendant’s conduct in causing the death was malicious, willful, wanton or reckless.  If the defendant was under the influence, this could constitute reckless or malicious conduct but usually it must include some other egregious conduct. If the defendant was speeding, was seen driving erratically and nearly colliding with other cars, had a blood alcohol concentration (BAC) level of 0.17% or higher, or had cocaine or methamphetamine in their system in addition to a high BAC, this could likely be sufficient to constitute willful, wanton or reckless conduct.

Punitive damages, however, are not covered by insurance so any recovery must come from the defendant’s personal assets and after you have obtained a judgement rendered by a court or jury. Your Massachusetts car accident lawyer may only suggest seeking such damages if the defendant has considerable assets that can be seized.

Injuries caused by drunk drivers at any time of the day can present certain challenges to car accident lawyers.  If there was a fatality, then you will want to obtain the most compensation available for the claim. Having an experienced and resourceful car accident lawyer from the law offices of Burns and Jain can give you the best opportunity to obtain reasonable compensation.