As long as there are humans driving cars and in vehicles equipped to travel at high speeds, there will be speed-related accidents. One-third of all traffic deaths in the US are caused by excessive speeding with Massachusetts hovering at 28%. This includes not only cars traveling well above the default or posted speed limit but those that travel too fast for the road or weather conditions.

A report issued by the Governor’s Highway Safety Association (GHSA) found that reducing roadway speed was a low priority among policymakers and others. The GHSA and the Institute of Highways Safety are planning a forum to discuss the challenge of making law and policymakers aware of the problem and suggesting ways to make speed reduction a high priority. 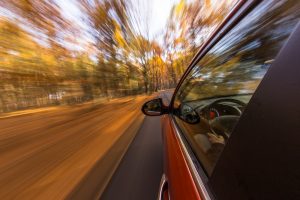 In 2017, speeding was a factor in the deaths of 9,717 people or 26% of all traffic fatalities.  Speeding and unrestrained drivers accounted for 49% of these deaths as opposed to 21% who were in seat belts.

In January 2017, Boston reduced its default speed limit from 30 mph to 25 mph, which had the effect of reducing overall speed by 0.03% . Other studies confirmed that lowering speed limits in urban areas has the desired effect of reducing speeds by motorists. When speed limits were lowered, the chances of motorists exceeding 25 mph, 30 mph and 35 mph were reduced, respectively, to 2.9%, 8.5%, and 29.3%.

Although speed cameras and speed detection devices were found to be effective methods for speed reduction, few states or cities have retained cameras. Massachusetts has no program or law pertaining to the use of speed cameras.

Other speed reducing measures include speed bumps and roundabouts, or rotaries as they are referred to in Massachusetts, as well as stepped-up enforcement by law enforcement. Who hasn’t been on a freeway and experienced cars whizzing by at 85 mph or more for miles upon miles and no sign of highway patrol vehicles?

When you travel at a high rate of speed, your chances of being in an accident drastically increase with each mile per hour. Some of the consequences of speeding include:

People speed for various reasons. Running late for work or an appointment is a common reason. Frustration in congested traffic causes many drivers to weave in and out of lanes and to speed at inappropriate times to beat a traffic light or to move into another traffic lane. Anonymity is a lesser-known reason as drivers are aware that they will not be seen again by other motorists. They may also experience a feeling of detachment from their surroundings and feel less inclined to obey the traffic laws if they are essentially invisible to others.

Although the compulsion to speed under certain circumstances may tempt you, try to restrain such impulses by reminding yourself of the risk you are taking. Also, be aware of the substantial fines involved if caught speeding and the effect on your insurance premiums if you are a repeat offender.

You can also avoid speeders on the roadway and reduce your odds of an accident by these commonsense practices:

Speeding is the number one cause of accident fatalities in the U.S. In many accidents, issues of liability and proof of damages can lower your claim for damages so it is essential that a car accident lawyer from  Burns and Jain handle your case from the outset.

Damages in car accident claim may include:

You can reduce your odds of being in an accident by always driving at a reasonable speed and avoiding those motorists who are not. If you or a loved one sustained injury in a car accident, call Burns and Jain today at (617) 227-7423 to schedule a free consultation about your injury claim.