Traffic deaths reached 40,000 for the third year in a row in 2018 according to the National Safety Council, reversing a downward trend that saw fatalities dip below that number for several years in prior years. There was an all-time low in 2014 when 32,744 people lost their lives on the roadways. The highest recorded total was in 1972 when 55,600 were killed in car accidents. Serious injuries sustained in car accidents remained high at 4.5 million last year.

In past years when traffic fatalities were substantially high, safety advocates and groups like Mothers Against Drunk Drivers lobbied hard for stricter penalties and enforcement of traffic laws. For a time following the oil crisis in the mid-1970s when speed limits were lowered, highway deaths dipped a bit before creeping up again when too many complaints about the slower limits forced lawmakers to raise speeds. 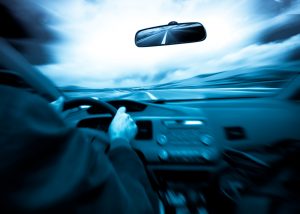 Why are Car Accident Deaths Increasing?

There are several factors that may explain the trend in rising highway fatalities:

From 2005 to 2014, speeding was the primary factor in 112,580 roadway deaths, or 31% of all fatalities. This figure was the same as for those killed by drunk driving during this same period according to the National Traffic Safety Board (NTSB).

The NTSB has recommended that the penalties for excessive speeding be commensurate with those for drunk driving. First-time DUI offenders in Massachusetts face a fine of at least $500, possible 2-days in jail, attendance at DUI classes, and loss of driving privileges for 45-90 days. The penalties for speeding are far less stringent with a much smaller fine imposed. Of course, too many traffic tickets can result in loss of your driving license but you face no jail time, nor the stigma associated with a DUI conviction.

Installing speed cameras has been recommended over the years, though most states that had implemented them have since abandoned them for various reasons. Our state has no program or laws on speed cameras. Stepped-up enforcement to stop and ticket speeders is another common suggestion though most communities have limited traffic officers available.

The NTSB has also suggested that the current method of determining acceptable speed limits be changed. At present, traffic engineers use the 85-percentile rule where the speed of 85% of cars traveling in a designated area is used as the posted limit. This methodology ignores studies showing no correlation between the 85th percentile speed and lower crash rates. Safety advocates would like to incorporate factors such as the crash history for the traffic flow on particular stretches of roadway, and the presence of bicyclists and pedestrians.

Some cities like Boston have reduced their citywide speed limit to 25 mph. Boston also has a “Slow Streets” program in which 5 communities will have some of its streets re-designed so that motorists will be forced to slow to 20 mph. The program also will have time-tested measures such as speed bumps, rotaries, more bike lanes, and flashing lights in crosswalks.

Newer vehicles have standard rearview and side-cameras, automatic emergency braking, lane departure warnings, and advanced airbags. But perhaps the most anticipated method to meet the goal of eliminating all traffic fatalities is self-driving vehicles, which are being tested today but are years away from becoming an acceptably safe and reliable mode of transportation.

Car accident deaths can be prevented if you drive sober, at a reasonable speed, refrain from use of your smartphone, and avoid others who are speeding. If a loved one suffered fatal injuries in a car accident, then call an experienced car accident lawyer for Burns and Jain to ensure your rights are protected and to have the best opportunity to obtain the most compensation for your claim.

Call Burns and Jain today at (617) 227-7423 to schedule a free consultation about your personal injury claim.