Hit-and-run accidents are irresponsible, insidious acts, especially if the perpetrators flee the accident scene leaving victims seriously injured or even dead. Their failure to come to the aid of a victim and to take responsibility is outrageous to the victim, the victim’s family, friends, and to the community.

A tragic hit-and-run incident occurred in early February in Somerville when a 40-year old woman was struck in the crosswalk at the intersection of Powderhouse Boulevard and Hardan Road by an unidentified motorist in a pickup truck around 7:00 p.m. The woman, a teacher with the Watertown Public Schools, later succumbed to fatal injuries. A companion walking with her was also struck but only suffered minor injuries. The family of the victim and residents of Somerville were left dazed by the incident, with some expressing disbelief at how anyone could flee and not stop to assist a person whom they had just injured. 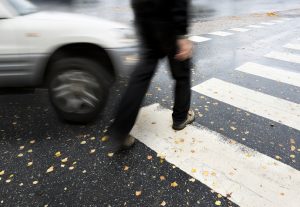 The American Automobile Association (AAA) reports that hit-and-run accidents have been on the increase for the past several years. Approximately 20% of all fatal pedestrian accidents between 2006 and 2016 were hit-and-run. Nationally, there were 2,049 hit-and-run deaths in 2016, the most recent year for these statistics, which represented the highest total on record. AAA also indicated that there has been a steady rise of 7.2% in hit-and-run accidents since 2009.

The worst state for hit-and-run accidents is New Mexico. Our state was ranked 36th, or roughly in the middle. Our sister state, New Hampshire, was ranked the least worst for such accidents.

AAA and safety advocates and organizations can point to no specific reason for the dramatic increase in such accidents, though there has been an increase in total traffic fatalities including those involving pedestrians and bicyclists.

However, some observers assign the usual reasons for why motorists flee the scene of an accident:

Despite the lack of eyewitness evidence, a fair number of motorists who flee the scene of an accident are later apprehended. Clues at the scene might include a fender that broke off or someone was able to get a partial driver’s license. A neighbor of the perpetrator may have learned of the accident and noticed that the defendant’s vehicle was recently damaged and alerted authorities. Also, cameras at the intersection or at adjoining businesses may have surveillance footage of the accident.

Leaving the scene of a fatal accident is a felony in Massachusetts, carrying a mandatory minimum state prison sentence of 2.5 years and up to 10 years, and a fine between $1,000 and $5,000. The defendant’s driver’s license is also suspended for at least 3-years for a first offense.

There is no requirement that there be physical contact between vehicles or that a pedestrian or bicyclist be struck by the vehicle to sustain an injury claim. For instance, a vehicle may have recklessly swerved into your lane, causing you to take drastic evasive maneuvers that caused you to strike a light pole or run off the roadway. Similarly, if a bicyclist or pedestrian is injured while avoiding contact with the vehicle, the victim may have a claim. Contact a Somerville accident lawyer to handle such claims since there can be complex issues regarding coverage.

Should the driver and the vehicle remain unidentified, you can purse an injury claim under the uninsured motorist provision of your own policy or that of a household member. If covered, you are entitled to PIP benefits of up to $2,000 for medical expenses if you have private insurance, or up to $8,000 if you lack health insurance, Medicare, or MassHealth benefits.

In some cases, your Somerville accident lawyer may be able to place at least some liabiity for the accident on the city or municipality responsible for the design and maintenance of the intersection where the accident occurred. For instance, the city may have been on notice that an unreasonably large number of pedestrians had been struck at this intersection over the years but failed to act. The lack of warning signs or poor lighting, if any, at or near the intersection may have presented approaching motorists with difficulty in being warned that a crosswalk was ahead and observing pedestrians in the crosswalk. In some cases, this may expose the city or state to liability.

Damages in a car accident vary according to many factors, including the seriousness of your injuries and your economic losses. Damages typically include:

Retain a Somerville Accident Lawyer from Burns and Jain

Pedestrians and bicyclists are at considerable risk for serious or fatal injuries whenever a motor vehicle is involved, even at very low speeds. Make sure your rights are secured and that all avenues for compensation are thoroughly examined by having a Somerville accident lawyer from Burns and Jain handle your case as soon as possible. Call Burns and Jain today at (617) 227-7423 to schedule a free consultation about your injury claim.