But Who Was Driving? 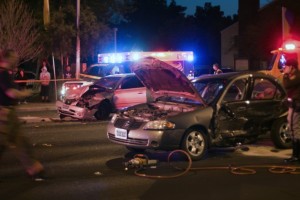 In a wrongful death claim, the estate of the deceased brings a claim for damages. If the claim is against a deceased motorist, the claim is handled in probate court where the plaintiff is a creditor making a claim against the decedent’s estate.

For the most part, a plaintiff or administrator for the decedent’s estate who is making the claim collects compensation from the responsible party’s insurer. If both occupants are deceased, the claim is against the auto’s insurer, regardless of who was driving. It may make a difference if one of the decedents has substantial resources that the plaintiff or decedent estate’s administrator can pursue. It may also be an issue if the insurer is claiming that the alleged driver was unauthorized so that it is denying coverage. For example, the person may have been unlicensed or had a suspended or revoked license.

In such cases, it is imperative to determine who was driving. To do so, retain car accident lawyer Neil Burns.

How to Determine Who Was Driving

In such cases, a mechanical engineer may be needed to examine the physical evidence. In the car’s interior, the engineer can match the damage with the injuries to the occupants. If there is a knee injury, the engineer could possibly ascertain if it is consistent with the location of the vehicle damage. DNA on the steering wheel or on the driver or passenger side might disclose the driver as well.

If there are head injuries, then head contact with the windshield could reveal the driver’s identity. If there is significant difference in the height of the occupants, then the position of the driver’s car seat might be a clue, especially if it is where a taller or shorter person would have positioned the seat.

Seat belt bruising is another revealing clue if it occurs on the right or left clavicle. In late model vehicles, engineers can use data from air bag systems that store information such as the weight of a seat’s occupant.

So, in many cases it is still possible to determine who was driving with the assistance of an engineer trained and experienced in auto collisions so that denials from multiple occupants or lack of answers from those who did not survive are not conclusive.

Besides needing a car accident lawyer to determine liability in an accident, you also need one to recover the compensation to which you are entitled. Your damages are based on the degree of liability of the responsible party and the nature and extent of your damages. Most damages include:

Consult with car accident lawyer Neil Burns, a Boston personal injury attorney who has obtained millions of dollars for his injured clients over his 30-years of practice. His experience, knowledge and skills obtained in handling thousands of cases can get you the compensation your case deserves.