Insurance fraud is one of the most widespread economic crimes that occurs in the US, accounting for losses of an astonishing $90 billion per year. Car accident fraud is one of these crimes, which is punishable as a felony in Massachusetts. 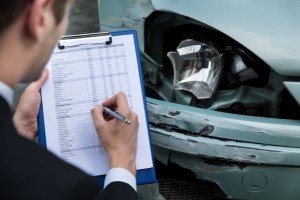 In most car accident or injury accident fraud cases, the offender misrepresents or makes a fraudulent assertion to the insurer in order to obtain a benefit to which he or she would otherwise not be entitled. Insurance fraud is differentiated by hard or soft fraud. Insurance fraud is proved when the prosecution is able to prove:

Soft fraud occurs when the offender has a legitimate claim for injury or property damage but exaggerates the claim. For instance, the claimant may have a proven claim of injury to his back or neck but also asserts that his pre-existing knee injury was also caused by the accident. In a property damage claim, the claimant may point to damage caused by a past incident as current.

Hard fraud is committed in instances of staged accidents or where the claimant contends another driver who fled the scene caused the accident though no evidence exists to support the claim. In other words, the offender deliberately misled the insurer or devised a plan to create a loss. In many cases, individuals deliberately crash their vehicles or stop suddenly to create a rear-end collision and then claim soft tissue injuries whose symptoms are largely subjective.

Other example of auto insurance fraud include:

If you are accused of exaggerating an injury, contact car insurance lawyer Neil Burns for a free consultation regarding your claim.

Insurance adjusters are trained to scrutinize each claim for possible fraud especially where the claimant contends the responsible party fled the scene and cannot be identified or if it occurred while the claimant’s car was parked and unattended and there are no witnesses.

In cases of alleged exaggerated or non-existent injuries, these can be more difficult to deny by an insurer or for a prosecutor to prove unless there is proof of a staged accident or a medical record was fabricated.

Being dishonest in reporting an insurance claim can also lead to serious consequences. As indicated above, it is a felony. If convicted, you face up to 5 years in state prison or imprisonment in county jail for up to 30-months and a fine ranging from $500 to $10,000.

If you have a legitimate injury accident claim but are being denied compensation or were presented a low-ball offer because of a skeptical insurance adjuster, contact car insurance lawyer Neil Burns. In cases like these, it is helpful to obtain all past medical records and to have a credible medical provider advocating for you.

Your damages in a car accident depend on proving liability by another party and the nature and extent of your damages. Many car accident victims have the following damages:

Contact car accident insurance lawyer Neil Burns of Boston if you were injured in a car accident. He has been representing the interests of car accident victims for over 30 years while obtaining millions of dollars in compensation for his clients.