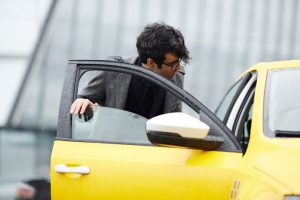 Anyone who gets into a cab, Uber or Lyft may have some concern about the character of your driver. For example, did the company verify that the driver has a clean driving record, is not a sex offender or has a record of violent felony convictions? Furthermore, is there insurance if there is an accident?

Uber and Lyft conduct background checks as either required by the jurisdiction where they are operating or as part of their own policies. In most cases, they report that they will reject applicants with a DUI/DWI or who have a record as a sex offender or other violent offenses. However, their background checks only extend back 7 years.

In the past couple of years, there had been some concern about drivers for Uber or Lyft who had assaulted passengers or terrorized them. In some Uber car accidents, the drivers were found to have had past issues with their license or had a conviction for a violent crime.

Safety is a Priority with the State

Uber and Lyft allowed the State of Massachusetts last November to conduct its own background checks of its current drivers and applicants as part of its agreement to allow the ride-sharing companies to service Logan Airport. Unlike those conducted by Uber and Lyft or apparently, any other private employer, the state is able to do a lifetime check on anyone. As a result, the state found that 8,000 out of the 70,000 current drivers and applicants in the initial screening were deemed ineligible to drive. 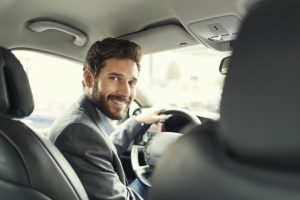 Of the 8,000 individuals rejected, over 1,500 had a record of a violent crime and 51 were registered sex offenders. There were 334 with violent felony convictions. The majority of those rejected or whose current status was revoked had had their licenses suspended in the past. But the screening also included drivers who had a CWOF on their criminal record, meaning that their cases were “continued without a finding.” A CWOF means that the person had admitted that the state had enough evidence to prosecute them but they were placed on probation and once successfully completed, the charges were dismissed. These drivers were also denied employment with Uber or Lyft in Massachusetts.

According to state guidelines for operating a ride-share vehicle, any driver who had had his/her record suspended in the past or who had a record of a sex offense or of any violent crime regardless of when committed cannot drive in Massachusetts for Uber or Lyft.

Spokespersons for Lyft and Uber questioned why the state needed to perform life time checks on drivers and to disqualify someone who used poor judgment 10 or 20 years ago. According to Uber, the state was denying economic opportunities to persons who had paid their debt and had been law-abiding for many years. Governor Baker only emphasized that safety for consumers was the state’s top priority.

In order to service Logan Airport, the ride-sharing companies will have to abide by the state’s policy on who gets to drive for Uber and Lyft.

Based on the state’s policy, a consumer can feel more at ease when getting into an Uber or Lyft that the driver has passed a comprehensive background check. But you should also check the vehicle to be sure the vehicle has working seat belts and head rests in case you are in an Uber car accident. You can also see if the car has braking or other mechanical issues. If so, you should consider canceling the ride and reporting this to Uber or Lyft.

Drivers should also be obligated to check their own vehicles for issue like braking, steering, seat belts and tires. Additionally, drivers have a duty to drive cautiously like any other motorist and to deliver their passengers safe and sound to their destination. Although ride-share drivers do not need commercial licenses and may not be held to the same high standards as a commercial carrier, they are still obligated to provide a safe driving experience.

Damages in a Ride-Sharing Accident

Uber and Lyft provide a $1 million-dollar insurance policy for accident victims involving one of their drivers if a passenger is on-board. This applies to a passenger or other motorist or pedestrian injured by a ride-share driver who is transporting a passenger for a fee.

If you were injured in an Uber car accident while riding as a passenger in either an Uber or Lyft or if you are a motorist or pedestrian injured as a result of the negligence of a ride-sharing driver who was transporting a passenger, you can collect compensation from the company. Your damages may include:

Car accident injury claims should only be handled by an experienced and skilled personal injury lawyer. Neil Burns has been handling Uber car accidents and all other types of motor vehicle accident claims for over 30 years throughout the Boston area. Contact his office for a free in-depth consultation about your injury claim by calling (617) 227-7423.