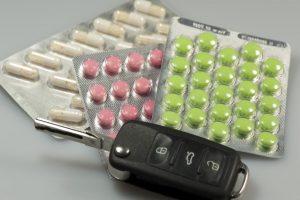 Prescription drugs are a major industry in our country, especially pain medication or opioids such as Vicodin, Percocet or Oxycontin. Doctors prescribe these and other medications regularly, and frequently. However, there may be insufficient verbal warnings by the doctor or pharmacist, or written warnings on the label that advises the user that it causes drowsiness or dizziness or should not be taken if operating a motor vehicle.

Though these are legal medications, at least for the one to whom it has been prescribed, a user can still be charged with and convicted of OUI in Massachusetts, or operating a motor vehicle while under the influence if these are found in his or her blood.  In a recent case in Woburn, an MBTA driver was charged with OUI among other charges when his bus clipped a van and later failed to stop for police who were following him. The driver had exited the bus to examine the damage to the van but then left without leaving the required contact information. The bus was later forcibly stopped by police when the driver failed to pull over.  A passenger on the bus commented that the man had been driving erratically before hitting the parked van. 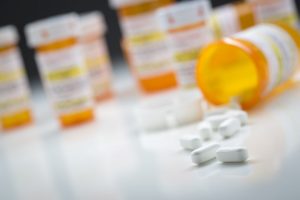 When questioned, the driver admitted to having taken Percocet for back pain.  He took more than what was prescribed and was only driving because he wanted the increased holiday pay. Police also reported that his speech was slurred and that he was unable to keep his balance, classic signs of impairment.

A Percocet accident can be just as devastating as one caused by a drunk driver. Opioid use is skyrocketing in Massachusetts with opioid-related deaths more than 4 times higher in 2015 than 2000. It is also becoming as much a threat to motorists as drunk driving. A 2009 study by the National Highway Traffic Safety Administration estimated that 16% of nighttime drivers throughout the US are on a prescription medication. This significantly increases the risk of an opioid crash since these drugs can cause confusion, drowsiness and nodding off.

Proof of an OUI

Proving that a motorist was OUI involving a drug, illegal or not, is typically more difficult than proving someone was OUI due to alcohol. Police can administer a PBT (preliminary breath test) at the scene that indicates some level of alcohol use and when combined with other evidence gives police probable cause to have a motorist submit to a breathalyzer. If the driver’s blood alcohol level is at least 0.08%, he or she is arrested and charged. Of course, a driver who refuses testing can also be charged with OUI based on other factors indicating impairment.

If no alcohol was detected but the officer suspected drug use, the task of proving OUI becomes more difficult and involved. The motorist would have to take a blood test, not a breath test, and even if it reveals a drug like Percocet or Oxycontin, it is not definitive evidence of OUI since many drugs remain in your system for 48 hours or longer with no symptoms. A prosecutor would have to use other evidence such as the motorist’s driving behavior, demeanor, speech, and performance on field sobriety or coordination tests along with evidence of the presence of an opioid that is known to cause dizziness, drowsiness or other impaired behavior.

An OUI lawyer can use the lack of evidence of when the driver took the drug and assert that there are other innocuous explanations for certain behavior to defend the driver.

If the victim of an opioid crash or Percocet accident brings a civil suit against the driver, the plaintiff’s lawyer can assert that an opioid was a factor in the accident even if the motorist was acquitted of criminal charges. The standard of proof in civil cases is by a preponderance of the evidence rather than proof beyond a reasonable doubt.

To be sure, an Oxycontin accident lawyer can argue that the driver acted negligently regardless if a drug was the cause of the behavior or the evidence was insufficient that the drug contributed to the driver’s negligent conduct by the fact the driver was speeding, failed to stop at a stop sign or light or rear-ended the plaintiff’s legally stopped vehicle.

If the victim was killed in the accident, then the attorney for the estate can ask for punitive damages if an opioid was used by the driver. To assert that punitive damages should be awarded may require a showing that:

If so, then a jury could find that the driver exhibited reckless and wanton conduct or a willful indifference to the safety of others by having taken the drug, knowing that it was dangerous to do so and then drive.

Damages in a Opioid Crash

If you or a loved one was injured in a motor vehicle accident, your damages may include:

Neil Burns is an Oxycontin and opioid accident lawyer as well as one who handles any type of auto accident claim, who has advocated for injury victims in the Boston metropolitan areas for over 30-years. Call his office for a free, in-depth analysis of your injury claim and see why so many satisfied clients return to him and refer others for his zealous and conscientious representation.  To get started call today at: (617) 227-7423.