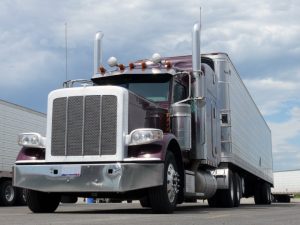 In a recent trucking accident on Interstate 93 in Milton, Massachusetts, a truck carrying a heavy load of cheese flipped on its side, damaging guard rails, taking down power lines and causing major delays. Fortunately, no one was injured other than the sensitivities of cheese lovers.

Although we can make cheese jokes at the driver’s expense, what is frightening is that the truck driver was given a chemical test that revealed he had a blood alcohol concentration (BAC) level of 0.11%. Motorists cannot legally drive with a BAC of 0.08% or higher. Commercial drivers, like the cheese truck driver, are driving unlawfully if their BAC is at least 0.04%.  Motorists should not drive with any alcohol in their system whatsoever.  It impairs.

The OUI chees truck driver admitted to consuming 6 beers about 3 hours before the accident. Because he is a commercial driver, having more than one beer in a one hour period will put most people at or near the legal limit for commercial operators. The extensive damage that was done would not have likely have occurred if it had been an ordinary passenger vehicle that weighs around 4000 to 5000 pounds. Loaded tractor trailers like the cheese truck can weight 50,000 to 80,000 pounds and are much longer. This is one reason why the law imposes a stricter standard on alcohol consumption for commercial operators and because we entrust them to safely transport people and goods.

Even being “slightly” under the influence can cause a driver to react slower to hazards, to use poor judgment, to overreact to situations or otherwise to be not as efficient in any other area of trucking safety. Drinking can also induce drowsiness. When the vehicle is a behemoth like a tractor trailer as compared to a regular sized passenger vehicle, then the risk of catastrophic or fatal injuries is substantially amplified in any kind of trucking accident or mishap.

There are other reasons for the government to impose stricter regulations on trucks and trucking companies. Driving a truck requires training in steering, using the gears, backing up, navigating the roadways, loading and inspecting and maintaining the vehicle. Trucks carry heavy loads that must be securely tied down or a spill can cause a serious or fatal accident. Trucks cannot exceed 55 miles per hours; one reason is that they can take 40 times as long to slow than a normal passenger car.

Truck drivers are also regulated in how long they can be driving each day and week and the rest period between operating their trucks. They are required to keep records of their loads, destinations, stops and servicing. Companies must have drug policies and testing procedures in place as well as safety training.

Factors in a Truck Accident

Alcohol is a factor in some of the 140,000 truck accidents that take place annually in the US. According to the Federal Motor Carrier Administration, about half of these accidents are attributed to the truck driver whose conduct may include:

As far as the truck itself, there are these accident factors that the truck driver or company played a role in creating:

Liability in a Truck Accident

Because commercial operators are held to a higher standard of care, they are subject to liability by anyone injured by a negligent driver or company. Any violation of a regulation can be used to impose liability on the driver and company as well.

As indicated above, a commercial driver is presumed to be an OUI truck driver and under the influence with a BAC of 0.04%, though a regular motorist would not be. If the truck was exceeding 55 miles per hour, this is evidence of negligence even though passenger vehicles may be within the posted speed limit for their vehicles.

A trucking company that failed to test a driver over many months may be held liable in an accident where the truck driver had opioids or other drugs in his system that can cause drowsiness or other effects that make driving hazardous. So long as the driver was engaged in an activity within the scope and course of his employment with the company, then the company may be held vicariously liable.

You are entitled to compensation for any injuries sustained as a result of a negligent truck driver and company. Damages may include:

Call the Law Office of Neil Burns at (617) 227-7423, a Boston personal injury lawyer, if you or a loved one was injured in a trucking accident or one that involved an OUI truck driver. Mr. Burns has handled complex injury cases like these over his 30-years of practice.