Pedestrian accidents in Massachusetts and across the nation have drastically increased in the past decade with Massachusetts experiencing a 100% increase since 2020. Nationwide, the increase is 17%. 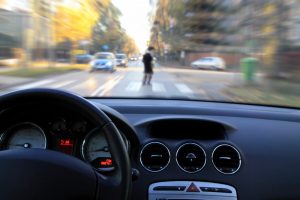 There were 75 people who lost their lives on Massachusetts streets in 2021. A study by WalkBoston found that there are 12 towns and cities that are responsible for most of the pedestrian accidents with Boston and Springfield the worst offenders. The 10 other municipalities are Lowell, Brockton, Dedham, Framingham, Lawrence, New Bedford, Oxford, Saugus, Weymouth, and Yarmouth. The law firm of Burns and Jain, pedestrian accident lawyers, represent victims and their families in each of these cities and in others across the state.

The report especially indicted Springfield that had 9 fatalities, which, despite being a much smaller city, was the same as Boston. One particularly dangerous street was State Street, in Springfield, where 4 pedestrians lost their lives last year. State Street is a 4-lane arterial that runs from downtown and divides a number of residential neighborhoods consisting mainly of people of color and students. Traffic experts blame fast-moving traffic along with decrepit traffic signal equipment and few pedestrian signals for making it such a hazard.

Older residents or those over 65 are more vulnerable to being victims when trying to traverse dangerous city streets. They consist of 36% of all fatal pedestrian accidents in Massachusetts though only comprising 17% of the general population.

The causes of pedestrian deaths are many:

Any of these are causes that an experienced pedestrian accident lawyer will consider among others depending on the circumstances of the accident.

In most pedestrian accidents with motor vehicles, liability will fall on the motorist. Even if the pedestrian was jaywalking, was impaired, found strolling on the side of the road, or working on their car that was on the edge of the road, a motorist is expected to be on the lookout for pedestrians and bicyclists and to avoid striking them. Unless it is a situation where the motorist was unable to notice or see the pedestrian due to an obstruction that was not possible to avoid or had no opportunity to observe and react in time, the motorist will be found at fault.

An injured motorist is entitled to PIP or personal injury protection benefits in Massachusetts as we are a no-fault state. An injured party can collect up to $8,000 for medical expenses and lost wages in certain cases regardless of fault. The benefits can derive from the auto policy of the responsible motorist or if uninsured or the motorist fled the scene without a trace, the injured party can use their own policy or that of a household member.

Once the threshold limit is met in an injury case, which is incurring medical expenses of at least $2,000, or suffering a serious injury such as a broken limb, or succumbing to injuries, the victim or the decedent’s estate can bring a claim against the motorist. If it was a hit-and-run or an uninsured driver, the victim can recover compensation under the uninsured motorist (UM) provision of their policy. UM coverage is mandatory in our state.

Should the at-fault motorist have insufficient policy limits in a serious accident case, the victim may seek additional funds from their insurer if they purchased underinsured motorist (UIM) coverage, which is optional in Massachusetts. However, the UIM limits must exceed the policy limits of the at-fault driver. For example, if the defendant’s liability limits were $50,000 and your UIM coverage was $100,000, then you can recover up to $50,000 more in compensation. But if your UIM is also $50,000, you cannot recover any UIM benefits..

You are entitled to certain damages if injured in an accident and can prove that another party was responsible for the accident and your injuries. These damages consist of:

To ensure that you collect the proper damagers and the compensation that your claim deserve, retain a pedestrian accident lawyer from Burns and Jain to handle your case.

In an accident where your life is turned upside down, even for a relatively short time, you deserve and should expect to be compensated for your medical expenses, lost earnings, permanent disability, pain and suffering, and emotional distress. By retaining an experienced Massachusetts pedestrian accident lawyer from Burns and Jain, you will gain a highly experienced and dedicated advocate. Call us at (617) 227-7423 for a free consultation.