Since Biblical times, being a good Samaritan is what we encourage ourselves and others to do. Seeing someone in distress and going out of your way to assist them in some way is lauded as the right thing to do. Recently, in the case of a man in Merrimack, Massachusetts who in early April of this year stopped to assist people who had been in a collision on the Everett Turnpike and was struck by a hit-and-run motorist, some might be reluctant to be so helpful when coming upon an accident. 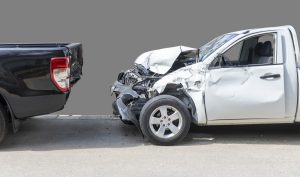 The unidentified male victim had pulled over to the right side of the turnpike when he saw a crash that was blocking the left lane. While walking towards the incapacitated vehicles, the man was struck on the grassy median and thrown an estimated 30-40 feet into the adjoining woods. Ambulance crews summoned to the initial accident found the victim with life-threatening injuries. There were no reports that anyone had information about the vehicle that had fled, though police have asked persons in nearby communities to call police if they see a vehicle with recent front-end damage or a broken passenger-side headlight.

Pedestrian Accidents on the Rise in Massachusetts

The unfortunate accident on the Everett Turnpike in Merrimack only highlights a disturbing trend in the past few years that has seen a 100% increase in pedestrian accidents in Massachusetts from 2020 to 2021. Nationwide, there was a 17% increase. In a 6-month period in 2021 from January 1 to June 1 of 2021, our state experienced 18 more pedestrian fatalities than in 2020. Since 2011, the rate of pedestrian deaths in the U.S. has increased 46% from 4,457 in 2011 to 6,516 in 2020, according to the Governors’ Highway Safety Association.

Safety experts have speculated about the alarming rise in deaths. Some experts point to the emphasis placed on high-speed roadways over pedestrian-friendly ones that have bicycle lanes, speed bumps, and other traffic calming measures. However, there are more cities designing roadways to accommodate walking and alternate modes of transportation including municipal transportation. Many municipalities, though, seem more concerned with moving traffic quickly through their communities so as to reduce congestion, or at least in theory.

The pandemic and the recent impetus to either defund police departments or to divert them to more serious incidents other than traffic matters may also have played a role. At the height of the pandemic with many businesses closed and more employees working remotely, traffic congestion decreased dramatically. Unfortunately, motorists took this opportunity to increase speeds on roadways and to take more risks with distracted and impaired driving. More citations were issued for drivers exceeding 100 mph in 2020 than in recent memory in many states. As one executive for a nonprofit safety organization commented, “nothing good comes out of speeding.”

Traffic enforcement has also decreased. Since the George Floyd incident and other similar cases where police have been accused of using excessive force, traffic officers are more reluctant to confront motorists for relatively minor traffic violations.

The man seriously injured in the Merrimack accident can still bring a claim for injuries, even if the hit-and-run motorist is never found, which is the result of most such accidents. All auto policies in Massachusetts have uninsured motorist coverage (UM), which has typically the same coverage as it has for liability. In Massachusetts, minimum mandatory coverage is only $20,000/$40,000. If the injured party had a minimal policy on his own motor vehicle, he would only be able to recover up to $20,000 for his injuries under his own policy.   However, if he had a $500,000 UM policy, he could recover up to that amount from his own insurance company.

UM claims are handled in much the same way as if the claimant had an action against the responsible party, except that the claim is against your own insurer and it is resolved through binding arbitration rather than a trial. As a claimant, you still have the burden of proving that the fleeing driver was negligent or otherwise at fault for causing the accident and your injuries.

In any roadway accident, an experienced personal injury lawyer will investigate the circumstances of the accident, the vehicles involved, and the roadway itself to determine if other factors may have contributed the accident. In a hit-and-run, your personal injury lawyer will aggressively advocate on your behalf to prove that the other party was negligent, and you were not comparatively negligent.

Damages in any injury claim vary considerably based on severity of injuries, past and future treatment, and how the claimant’s injuries have affected his or her working and daily life. Damages are typically:

Having an experienced personal injury lawyer handle your claim will ensure that your damages are presented accurately so as to increase your chances of a satisfactory resolution.