A recent pedestrian accident in Dracut, Massachusetts left a 61-year -old man in critical condition. The incident occurred on Lakeview Avenue in Dracut when a female driver from Tyngsboro operating a Ford Taurus apparently struck the man and then left the scene of the accident only to crash her vehicle down the roadway, rendering it undriveable. She was charged with intoxicated driving as well as leaving the scene of an injury accident.

No further details of the accident were disclosed by Middlesex police. 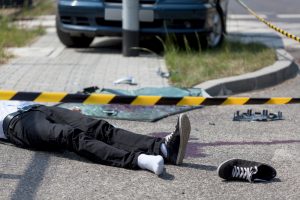 Unless you were injured in a rear-end accident or can definitively show that another motorist caused your accident through the statements of independent witnesses, surveillance or dash cam video, or an admission of fault, then you may have difficulty proving negligence so that you can recover compensation from the responsible party or parties.

Pedestrian accidents are somewhat different in that most encounters with motor vehicles are at intersections or while a person is walking along a roadside. A motorist owes a duty of care to all persons using or who are on the roadway and to always be on the lookout for pedestrians in areas where they are reasonably expected to be.

In the Dracut accident, we have few details on where the pedestrian was when struck. However, since the driver responsible for the accident was found intoxicated and fled the scene, her rendition of what occurred, if meant to exonerate her, will find a skeptical reaction. In many hit-and-run accidents where the motorist is found, they will often allege that they had no idea that they struck anyone. But evidence of having been under the influence will typically negate or render unreliable any excuse of a lack of knowledge. Leaving the scene can also demonstrate or be strong evidence of guilt.

An experienced car accident lawyer will also see if there is dram shop liability if the intoxicated driver had just left a bar, nightclub, or restaurant where she had been drinking just prior to driving.  In serious or fatal accidents, finding additional responsible parties can provide more compensation since most auto liability policies are limited.

Under Massachusetts law, an establishment that serves alcohol to an obviously intoxicated person can expose that business to liability for any damages caused by the person who was served. Such businesses are often insured in the millions of dollars.

Dram shop liability is often difficult to prove since the business’ staff will be less than forthcoming and will not admit to serving a patron multiple alcoholic beverages and then allowing her to leave without a sober person to drive her. A car accident lawyer can request or subpoena business records and receipts to see how many drinks were served to the individual. And, if the individual was found to have just left the establishment and registered an elevated blood alcohol content (BAC) such as 0.15% or higher, which is twice the legal limit, that can be compelling evidence that the person was highly intoxicated when she left the bar.

The observations of the police who were at the scene where the Tyngsboro woman crashed her vehicle can support any allegations that she was more than likely visibly intoxicated when she left the bar or restaurant where she was served.

Pedestrians nationwide and in Massachusetts have been increasingly at risk over the past several years. In our state, there were 75 pedestrians who were killed in 2021, which is 5 more than the average since 2017. Pedestrian deaths accounted for 18% of all motor vehicle-related fatalities in Massachusetts last year. Older residents, such as the 61-year-old who was critically injured in the Dracut incident, are disproportionately victims of pedestrian accidents. Overall, there were 1,520 reported accidents involving pedestrians and cars in our state in 2021.

Many elderly persons are not as agile or quick and are unable to avoid an accident that a younger person may have averted. Vision and hearing limitations and cognitive decline also account for their vulnerability to accidents. Massachusetts residents who are 65 and older account for 17% of the state’s population but comprise 36% of fatal pedestrian accidents.

Another factor in pedestrian accidents is that fast-moving traffic is common in a lot of neighborhoods with few or older pedestrian signals. Many crosswalks are difficult to see especially in bad weather or at night and lack flashing lights or other street lighting that would alert motorists to a pedestrian in the crosswalk.

We urge motorists to be on the lookout for pedestrians whenever they drive in urban areas or near schools and parks. Folks need to slow down in these areas and whenever the weather is poor. We also caution pedestrians to not assume that motorists see you even when in a crosswalk, and to be especially wary of traffic behind them when walking on the side of a roadway.

Damages in any personal injury claim vary widely but will typically be in these categories:

Damages must be proved by the standard of a preponderance of the evidence. Having an accomplished car accident lawyer handling your claim gives you the best opportunity to collect what you deserve.

Call the Law Firm of Burns and Jain

Call a veteran car accident lawyer from Burns and Jain. Our attorneys have handled countless accident claims and have collected millions of dollars in compensation including those with complex issues of liability and damages. Call us at (617) 227-7423 to schedule a free consultation about your injury or wrongful death claim.