A recent development by scientists at Massachusetts General Hospital (MGH) is reported to have effectively measured or detected marijuana impairment.  By using a non-invasive brain imaging procedure, researchers claim that the method can distinguish between no or mild impairment and more significant intoxication. 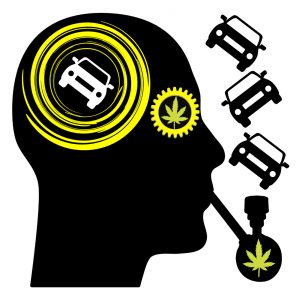 The procedure uses a technology called fNIRS or functional near-infrared spectroscopy that examines neural activity in the prefrontal cortex of the brain.  Test subjects given THC, the psychoactive substance in marijuana that can result in impairment, showed an increased oxygenated hemoglobin concentration (HbO), that differs from those who reportedly had low or no intoxication from either not having ingested THC or had had its effects diminished or entirely gone though they still retained some THC in their blood.

The obstacle to law enforcement in charging someone with suspected marijuana impairment is that people who regularly use cannabis can have high levels of THC in their blood but not exhibit any signs of impairment.  Even a blood test that detects THC in an individual is not determinative of impairment since metabolites from THC can remain in your system for weeks, and long after its effects have dissipated.

The technology, according to researchers, can be translated into portable devices that can be used in the field with lightweight, battery-operated fNIRS devices that can store data to a laptop computer or even onto wearable devices.  Breathalyzer devices that only detect exposure to THC but not impairment is essentially useless to police or prosecutors unless they can point to other observable signs of drug use.

Currently, many law enforcement officers are being trained in using a method called horizontal gaze nystagmus that can detect drug use by measuring or observing a suspect’s eye or pupil movements.  This, like other field sobriety tests, are subject to intense scrutiny by seasoned defense lawyers.

Use of fNIRS in Car Accident Injury Claims

The implications for using fNIRS technology in traffic stops by law enforcement are clear, but they can also be instrumental in assisting traffic officers investigating car accidents, especially where liability in a civil, or injury case, is contested.  A distracted driving lawyer who represents persons injured in accidents by suspected cannabis users should welcome the technology as an effective tool in proving liability in contested car accident claims.

An officer is likely to only be permitted to use fNIRS as he would in asking a suspected impaired driver to consent to a breathalyzer once probable cause is established.  If the motorist appears confused, has trouble speaking, is unsteady on his feet, or fails a horizontal gaze nystagmus test, then the officer could perhaps utilize the device to detect impairment.  For instance, if the parties in an accident have conflicting versions of how the car accident occurred but one of the parties tests positive for THC impairment using the device, then that person’s credibility and version should be highly suspect.  It is unlikely that a jury would accept the testimony of an objectively verifiable impaired driver over that of a sober driver.

It is still too soon to know when or if such devices will become standard for traffic and patrol officers.  Such devices will also have to be accepted as scientifically reliable before its results can be admissible and used against a motorist or other party accused of drug impairment. However, once it has been proved as reliable enough for courtroom use, drivers who use cannabis before driving will have to think twice before operating a motor vehicle even if they believe they are capable of driving safely.

Damages in any car accident injury claim depend on the nature and extent of the victim’s injuries. Also, a distracted driving lawyer representing the injured claimant must prove damages by a preponderance of the evidence. This is shown in the medical records, bills, and reports and testimony of physicians, therapists, economists, and other experts.

Damages in a car accident claim typically include: