A former Massachusetts trucking company executive will reportedly plead guilty to several federal criminal charges stemming from a horrific collision in June 2019 that left 7 motorcyclists dead in Randolph, New Hampshire.  The driver of the flatbed truck who was allegedly impaired plowed into a group of 10 motorcyclists on U.S. 2.  He is facing negligent homicide and manslaughter charges, among others. 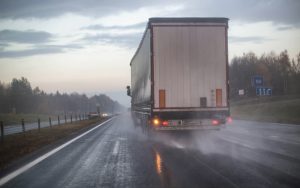 The trucking company executive who owned the company with his brother was accused of falsifying logs and safety records.  Compounding the illegal conduct of the executive was the actions of the head of the Massachusetts Registry of Motor Vehicles.  The agency failed to terminate the commercial driver’s license of the trucker who allegedly caused the accident after the Connecticut Department of Motor Vehicles provided evidence of the driver’s DUI conviction. He has since resigned as agency director.

The prosecution of the trucking executive and his guilty plea will undoubtedly support any civil claims brought by the families of the deceased bikers. Though the trucking company is now defunct, its insurer will be on the hook for millions of dollars in compensation. It is also possible that the convicted trucking executive will be personally liable for punitive damages along with the driver since their conduct was egregiously negligent if not malicious or woefully indifferent in knowingly hiring a driver with a DUI conviction and covering up its own safety records and driver logs that are required under federal and state laws.  There can be no excuse for the driver’s conduct in drinking and driving and causing such devastation.

Commercial carriers include trucks and trucking companies who are engaged in interstate commerce.  Their operations are heavily regulated be state and federal laws, but principally by the Federal Motor Carrier Safety Administration (FMCSA) that was formed in 2000 to reduce injuries and fatalities by trucks and buses.  Any commercial vehicle that crosses or does business across state lines, or any truck whose weigh exceeds 10,000 pounds is subject to FMCSA regulations. Any owner, driver, dispatcher, trainers, supervisor, and mechanic also come under the FMCSA umbrella.

Hit By A Truck Accident

The most recognizable regulation that largely affects an overwhelming number of trucking accidents concerns the number of hours a truck driver can be on the road.  As of 2017, commercial drivers are limited to 11 hours of driving per day, although they can work up to 14-hours so long as at least 3-hours are non-driving.  These hours also depend on how many hours a driver has worked in a day or week. Although driving logs have been and still are kept manually, most trucks now have such data kept electronically. These logs can indicate how long the truck has been driven, what stops were made and when, the speed of the vehicle, and if hard braking was ever performed.

There are also required training regimens that companies must follow for their drivers. Other regulations include how to conduct pre-trip inspections, and those regarding its loads. Trucks are also prohibited from traveling at speeds exceeding 55 miles per hour.  As far as drinking and driving, commercial drivers are presumed to be under the influence if their blood alcohol concentration (BAC) is at least 0.04%, which is half of what is presumed impaired for common motorists.

Other rules require drivers to check their loads after the first 50-miles, and then every 150 miles thereafter, and to record the inspection.   Depending on the type of load, the FMCSA provides rules on how that load needs to be secured If those regulations are broken, any person or entity that interacted with the load may be held responsible if the load fails to be secure and leads to a serious or fatal accident.

The logs that record driving time and other data are referred to as black boxes, similar to what is found on aircraft, and can provide valuable information in determining the cause of a serious or fatal crash and can lead to imposing liability for a truck driver’s negligent conduct.

An experienced motor vehicle accident attorney who has successfully handled truck accident injury claims and is knowledgeable about federal and state regulations will work with experts, use the results of any FMCSA investigation, and conduct an independent investigation to determine fault and the parties responsible.

Trucking accidents with motor vehicles often result in either serious injury or death to the driver, leaving the truckdriver unharmed in most instances. A 5,000-pound vehicle is no match for an 80,000-pound tractor trailer or even a flatbed truck. Factors involved in many trucking accidents are:

Trucking companies and drivers are under pressure in many cases to drive as many miles as possible without stops or breaks and to deliver goods according to a deadline. This can result in fatigue, taking amphetamines to fight off sleep, falsifying log records, not properly securing loads, exceeding weight limitations, or ignoring mechanical problems.

Damages in a trucking accident can be extensive. They may include:

Retain a Motor Vehicle Accident Attorney From Burns and Jain

At Burns and Jain, we are used to handling complex injury claims including those involving trucks. Our highly experienced motor vehicle accident attorneys have obtained millions of dollars in compensation for our injured clients and their families. Call us at (617) 227-7423 for a free consultation about your injury claim.