Anyone who has ever ridden a motorcycle is aware not only of the joys of riding but of the risks as well. Despite public service campaigns alerting motorists to be aware of motorcyclists and to respect their presence on the road, fatalities caused by other motorists continue to occur. A troubling statistic is that in Massachusetts, we have experienced an increase in the number of riders and passengers killed in motorcycle accidents over the past year. 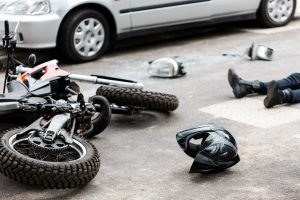 Although this is only September, we have had 37 motorcycle fatalities, an increase of 31% over the past 5 years. A majority of the accidents, or around 2/3, are the fault of motorists who likely failed to see the motorcycle in the moments before impact or who was traveling too close when the rider was forced to take some kind of evasive action such as to avoid a pothole or obstacle in the roadway.

Riding a motorcycle can be hazardous to your health. About 80% of motorcyclists and their passengers sustain injuries in any kind of accident. But 90% of crashes where alcohol or drugs are involved result in injury or death as compared to just 33% for passenger car drivers and passengers.

Although only 3% of motorcycles comprise all traffic in the U.S., they account for 14% of traffic fatalities. Head injuries are the major cause of death for riders.

Motorcycle riders generally have a poor reputation for reckless operation of their bikes, an assumption that is unfounded since most riders tend to be more aware of the risks in riding and taking steps to avoid encounters with passenger vehicles. In most accidents involving other vehicles, the factors that led to the accident include:

Regardless of statistics that clearly indicate that motorists are largely to blame for accidents and fatalities involving riders, insurance adjusters and defense lawyers will instinctively blame the rider for speeding, reckless operation, or violating some other traffic law. Since many accidents are not witnessed by anyone other than the involved parties, a resourceful motorcycle accident attorney has to find evidence to support a client’s claim.

The police or traffic accident report is usually unbiased, though not always, and can provide details such as weather, road conditions, the presence of skid marks, debris on the roadway, obstructions, and the parties’ version of events. If one version is consistent with the physical evidence, the investigating officer will make a conclusion about liability. If there are injuries, the officer can note his/her observations of the injured party, time when an ambulance arrived, and other details.

Your motorcycle accident attorney can use these details to bolster your case as far as fault, but if the report concludes that you were at fault, your attorney will have to do further investigation by usually retaining an expert in accident reconstruction involving motorcycles. The expert can view skidmarks, examine the bike, location of the vehicles and property damage, see what the road conditions were like, and see if the defendant’s version holds up to scrutiny. Photographs of the accident scene can sometimes show clues that were missed or not understood by the investigating officer.

Also, witnesses can provide either direct accounts or at least what they heard before impact or saw in the aftermath that might show that the motorist moved his car after impact so that it is consistent with his version of events, or that he failed to honk despite his assertion that he did. Also, a witness could say that the traffic light was green for you in the seconds after the accident, making it more likely that you entered on a green light and the driver did not.

Occasionally, surveillance footage from traffic poles or businesses in the area might have captured the accident on film, so the investigator needs to canvass the area for that possibility. Some vehicles also carry cameras on the dashboard.

Damages in a typical claim include:

In a fatality, the executor for the decedent’s estate can bring a wrongful death claim on behalf of the immediate family members. Damages are:

Motorcycle accidents are handled differently than other motor vehicle accidents. To ensure that all possible factors leading to the accident are investigated, and all potential parties held accountable, retain a motorcycle accident attorney from Burns and Jain. Our office has obtained millions of dollars in compensation for our injured clients and their families over the years. Call us at (617) 227-7423 for an in-depth consultation about your injury accident claim.