In the year and a half since the Massachusetts hands-free cellphone law went into effect, MassDOT reported that over 40,000 warnings have been issued to state drivers. This figure is part of the overall total of 53,638 citations issued for distracted driving since the law took effect in February 2020. 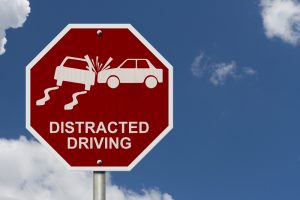 In 2019, our state was the 21st state to totally outlaw hand-held smartphones while driving, though drivers under 18 had already been banned from any use over the past decade. All drivers have been banned from texting and driving since 2010.

Drivers who are 18 and older can still use their phone if it is properly mounted and they are using Bluetooth technology to answer a call. Adult drivers are still barred from texting, viewing, or sending messages through their phones. You can use the phone for GPS purposes to view a map so long as it is mounted, or if you are a ride-share driver you can punch in a ride acceptance or to end a ride. An exception to the hands-free use is for on-duty police or if you are calling police or ambulance in an emergency situation.

The new distracted driving law is also a primary offense. Before it was enacted, police could not pull over or detain a motorist for hand-held use of a cellphone unless some other traffic or equipment offense was noted.

The number of citations issued shows that Massachusetts motorists are either unaware of the new law or are just violating it with no regard for the consequences. If the law fails to make a dent in the number of distracted driving accidents and fatalities, then the legislature might consider stricter penalties including larger fines, points on your driver’s license, and license suspensions for multiple offenders.

The easiest thing for all motorists to do is to simply turn off their phone while driving. If you need to, alert those who may be calling you that you are driving. Use your phone for navigation purposes if you must, but any text, email, or phone call can wait.

Between 2015 and 2019, over 15,000 people were killed in car accidents caused by a distracted motorist. MassDot reported that 12% of those fatalities were in Massachusetts. Among the states, we are 27th in fatal crashes involving distracted driving.

Teen drivers appear to be more susceptible to other risky behavior if they text and drive. They are reported to be less likely to wear seatbelts, but more inclined to ride with a driver who has been drinking. They are also more prone to speed, run red lights, and to drink and drive themselves. Drivers who use a phone while driving are on their phones an average of 5 seconds, more than enough time to miss a hazard on the roadway or to react in time.

If cellphone use is suspected in a traffic accident, police can view the motorist’s phone to see if he/she was texting or talking on the phone while driving. If no police were at the scene, then your car accident attorney can request or subpoena the other motorist’s cellphone records to see if their phone was being used in the moments up to and including impact.

This information can be vital in cases where liability is an issue or where the other driver claims that you were responsible. If phone records indicate cellphone use by the other motorist, and especially if police find that the phone was not mounted or lacked Bluetooth capability, then this could be used to discredit that driver’s version of events if liability is contested.

If you or a loved one was injured in a car accident caused by the negligence of another driver or party, then a highly experienced car accident attorney from Burns and Jain can help you get the compensation you deserve. Call our office at (617) 227-7423 for a free consultation about your injury claim.