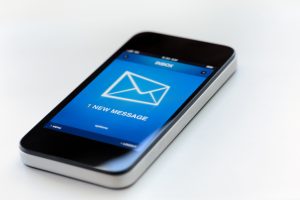 The case involved a man who was arrested in Massachusetts after police in Texas found his text messages on the phone of an individual.  The text by the Massachusetts man apparently admitted to engaging in certain drug trafficking offenses.

The lower court initially suppressed use of the text messages at trial based on the defendant’s right of privacy or that he reasonably expected no one else to be privy to the messages. However, the upper court found that text messaging was no different from someone who sends a letter through the mail in that the contents can be readily shared with others. Because of technology, the text message could easily be disseminated to hundreds or thousands of persons. According to the state high court ruling, you have no reasonable expectation of privacy in any text message you send. The ruling, however, is one of state law and only applies to cases within the Commonwealth of Massachusetts.

Use of Text Messages in a Civil Case

The state court’s ruling in that criminal case could have implications for civil, motor vehicle accident, cases as well. A car accident attorney might find the ruling useful in a car accident injury case. Currently, in a motor vehicle collision where the defendant driver was allegedly distracted by using his/her cellphone, a car accident attorney could subpoena the defendant driver’s phone records to see if the individual were using their cell phone at the moment or in the moments just before the collision.

But even if the driver was not using a cellphone in the seconds before the crash, the contents of any text message the driver sent before or after might be incriminating. For instance, the driver could have texted to the recipient how fatigued he was, that he had only 3-hours of sleep the night before, or that he was just returning from a bar or party where he had consumed alcohol. Presumably, any text message sent after the collision in which the defendant mentioned the accident could be used to ascertain fault.

Another possible scenario could be holding the sender of the text message partially responsible for a crash even if that person were not driving or was nowhere near the crash. For example, suppose the sender is aware that the driver who is receiving the text messages is driving or is impaired. Instead of advising the driver to stop driving or to at least stop texting, the sender encourages him or tells him to meet him at a certain bar for more drinks instead of heading home, which is only a block away, or who just continues to text the driver. While reading the text or on his way to a bar to meet the texter, the driver gets into an accident caused by his distracted driving or impairment that seriously injures a pedestrian or the occupants of another vehicle.

It is not inconceivable that some degree of causal responsibility could be found on the part of the sender of the text messages, depending on his knowledge of what was occurring and his degree of active encouragement to the driver to continue breaking the law by driving impaired and/or while texting. There is some precedent in that persons who actively encouraged a person to commit a crime have been found criminally liable for incitement.

The person’s homeowner’s insurance could cover the individual’s defense and pay out any compensation if a court does find the text sender liable to some extent for the claimant’s injuries.

The lesson here is obvious. Never assume that what you text anyone is private and may not be used against you either criminally or civilly.

Damages in car accident claims vary considerably and are largely dependent on the nature and extent of your injuries as well as whether you sustained a permanent disability or missed considerable time from work, or are able to return to work at all . Damages generally consist of:

Demonstrating and proving damages is an essential part of a car accident attorney’s task in representing any injured claimant.