If you are involved in a motor vehicle accident, we hope and expect that safety equipment such as airbags, anti-lock brakes, seatbelts, and metal integrity among other factors built into our vehicles will save us from serious injury or death. However, vehicle seat safety has lagged behind most if not all safety innovations implemented since the 1960s. In response, Senator Ed Markey of Massachusetts, and Senator Richard Blumenthal of Connecticut are spearheading legislation to improve vehicle seat safety standards. 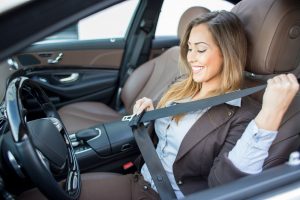 Back in 2015, CBS News presented a series of stories on what happens in a rear-end accident regarding vehicle seat integrity. When hit from behind in a high-speed collision, the front seats will break, potentially propelling the front seat occupants into the rear seats where young children typically sit, exposing them to serious injury or death. The reports showed that at least 100 people over the past 30-years have died or suffered traumatic injuries when front seats broke and propelled the driver and front seat passenger into the rear. According to the NHTSA, this number is undoubtedly low since these types of crashes are not tracked or properly categorized.

Families affected by these tragic accidents told their heart-rending stories of losing their loved ones or who suffered catastrophic brain injuries. In one case, a couple sued an automaker when their two young children suffered permanent brain injuries following a 45 mile per hour rear-end accident that collapsed the front seats and sent the two parents head-long into their children. A Texas jury awarded them $242 million.

The legislation introduced by the senators includes four bills. One would result in grants to states to use to notify car owners through a recall and to track automakers to see how they are complying. Another would categorize such crashes and injuries and to have the data available to the public in easily accessible forms. Another bill would address driver distraction, which has become an epidemic since cellphones became easy to use even while driving. The measure would require the Department of Transportation to study the effectiveness of driver-monitoring systems and the misuse of certain driver assistance features like auto-pilot that allows hands-free driving.

The senators hope to include these bills in President Biden’s proposed infrastructure legislation, but which is already hitting roadblocks since there are lawmakers who consider anything other than the updating or building of roads and bridges and certain buildings as not within the classic definition of infrastructure and would likely oppose the inclusion of these remedies. Hopefully, other senators will recognize the seriousness of vehicle seat safety and vote to include these.

Although the standards for vehicle seat strength are found within regulatory agencies, adherence to them does not necessarily allow automakers to escape liability. As in the Texas case cited above that resulted in a $242 million verdict, auto manufacturers have a duty to develop products that are safe, reliable and not unreasonably dangerous. In the CBS reports on vehicle seat safety, an auto engineer testified in a deposition that it would cost as little as $1 per seat to strengthen front seats that would prevent them from collapsing in rear-end collisions.

Automakers put their vehicles through numerous safety tests that includes testing equipment such as steering, braking, air bag deployment, and overall crashworthiness. If they failed to test the strength of their vehicle seats or knew of and ignored the weakness of the seat strength and their likelihood of collapse when the vehicle is struck from behind at certain speeds, an event that is entirely foreseeable, then their liability should be evident.

Any claim or lawsuit against a major automaker requires the skills and resources of a highly experienced car accident attorney who has successfully handled such cases.

Damages in a motor vehicle accident depend on the nature and extent of the injuries. Traumatic brain injuries, paralysis, permanent disfigurement, and loss of quality of life can result in substantial awards. In claims against automakers, seriously injured persons can collect significant compensation since they have the available resources to pay such damages.

Punitive damages are only awarded in wrongful death claims in Massachusetts.