Residents of Brockton, Massachusetts have been aware of the dangers faced by pedestrians from motor vehicles in their city for a number of years without much response or action from city officials. Nationwide, according to the AAA Foundation for Traffic Safety, pedestrian accidents and fatalities are on the increase. Between 2009 and 2018, the foundation reported a 55% increase in pedestrian fatalities from motor vehicle accidents. 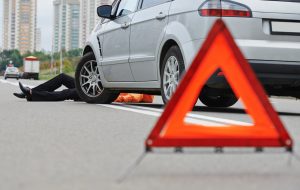 Brockton, in particular, has experienced an increase in pedestrian fatalities. In 2009, Brockton reported one pedestrian fatality. Since then, there have been 3 times that number each year for the next 4 out of 5 years resulting in at least 30 reported non-fatal pedestrian accidents since 2009, including 3 cyclists and a skater. According to some sources, that number may be low since other accidents are suspected to have not been reported for various reasons.

In all, Brockton saw 85 fatal motor vehicle accidents including pedestrian deaths between 2009 and 2018. In the words of Mary Maguire, director of public and government affairs for AAA Northeast, “it is a stunning number.”

Mayor Robert Sullivan has committed his administration to remedying the epidemic of deaths by working with the Harvard Kennedy Center to study the problem and make recommendations. In a wrenching moment before the Brockton Traffic Commission, the niece of a woman who was struck and killed by a police cruiser while walking on Main Street 14-months earlier testified about the risks of walking on Brockton streets. She suggested that the city implement a number of safety measures including improved street illumination, adding and upgrading sidewalks, installing more traffic lights, and reducing speed limits.

As noted, pedestrian accidents nationwide are on the increase. There are a number of factors that safety advocates point to as reasons for most of these accidents:

Other cities have taken steps to make pedestrians safer on city and suburban streets. These include:

Government action can often be slow except in emergency situations. Since Brockton is recognized as one of our state’s most dangerous cities for pedestrians, the city council needs to step up to protect its citizens.

Liability of the City

In some cases, a municipality like Brockton can be held liable for serious injuries or deaths caused by its inaction, by the negligent conduct of a city employee, or by defective road design. For those killed on Brockton’s streets over the past decade, including the aunt of the woman who testified before the city traffic commission, their families may be able file a credible claim against the city depending on the circumstances of the accident.

For the past several years, the city has been on notice of the rising incidence of pedestrian accidents and deaths that are more than those of several cities combined. According to the current mayor, he stated that he has tried to reduce city speed limits since his time on the city council.

Claims against municipalities in Massachusetts are made pursuant to the Massachusetts State Tort Claims Act where “…public employees shall be liable for injury or loss of property or personal death…” that is caused by negligence, wrongful acts, or omissions. Unfortunately, there is a cap on damages of $100,000 except in cases where the negligence, wrongful conduct, or omission is the fault of the Massachusetts Bay Transportation Authority, such as where a bus, boat, or train is involved.

In the case of a pedestrian killed on a city street, the family’s wrongful death attorney must show that the city was somehow negligent in failing to provide a safe street for pedestrians, that it had adequate notice of the increase in pedestrian accidents, and that it could have implemented safety measures at a reasonable cost that have been demonstrated in other cities to have significantly reduced accidents. It is also possible that the police office whose vehicle struck and killed the woman was negligent in his/her driving.

These claims are typically rejected by the city and must be litigated. Only the experience and skills of a seasoned wrongful death attorney can assure you that your claim will be vigorously investigated and pursued.

In Massachusetts, the executor or administrator for the decedent’s estate may bring a wrongful death claim for the benefit of the decedent’s immediate family members. Damages may include:

Damages must be proved in wrongful death claims and are often vigorously challenged by insurers and defense lawyers. By retaining a highly experienced wrongful death attorney from the law office of Burns and Jain, you will be represented by a lawyer who knows how to gather the necessary evidence to get you the compensation you deserve.

Retain a Wrongful Death Accident Attorney from Burns and Jain

By retaining a wrongful death attorney from the law firm of Burns and Jain, you can be assured that your claim will be vigorously pursued and that all avenues of compensation examined. Call us at (617) 286-3594 for a free, in-depth discussion of your wrongful death claim.