Toys are a major industry in America as they are around the world. They provide hours of entertainment for children of all ages, with some serving as educational tools as well by teaching youngsters how to read and spell, enhancing hand-eye coordination, and providing cognitive challenges. However, Massachusetts parents should be aware that certain toys are dangerous and pose substantial risks to a child’s health and safety. Accordingly, a Boston, Massachusetts based consumer safety group by the name of WATCH releases an annual list of what it considers the top 10 “worst toys.” WORST is an acronym for World Against Toys Causing Harm. 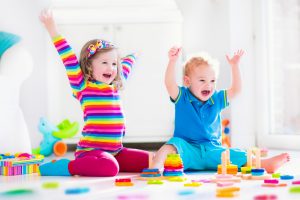 Most parents are cognizant that some toys pose obvious dangers. Small, detachable parts can be swallowed, plastic bags are a suffocation hazard, and sharp, pointy items can stab and penetrate eyes and other body parts. Toys that propel items can take out an eye as can toy bears or action figures with claws that stab and lacerate. Green slime and other attractive products resembling food that are found in some popular toys can be toxic if swallowed. Balloons are a major choking risk to young children. The CPSC, or Consumer Protection Safety Commission, cautions parents to keep balloons away from children under the age of 8.

WATCH pointed out that an average of 240,000 children are injured each year due to a toy-related factor with a child injured by a toy brought to emergency rooms every 3-minutes in the US!  Not surprisingly, the toy industry is not pleased with WATCH or its list, claiming that WATCH’s advovacy is causing unnecessary alarm and anxiety if not exaggerating the risk to its child consumers.

The Toy Association, a major trade group representing toy manufacturers, pointed out that reputable designers and manufacturers must meet over 100 safety tests and standards. It claimed that WATCH does not test toys to determine their risk to children and have misrepresented mandatory safety standards. The association’s statement also reminded parents to be sure they only purchase toys from reputable manufacturers.

The following are the most recently compiled list of what WATCH considers the top 10 most hazardous toys for parents to avoid:

Designers and manufacturers can be held liable for its products if it was negligently designed or manufactured, and had a defect that is considered unreasonably dangerous. A consumer or child who was injured by the product must have used it in the manner in which it was intended or foreseen. Also, the designer or manufacturer should have foreseen that its product posed an unreasonable risk of harm to its intended users, who in this case are children.

Industry standards require proper and sufficient warnings and instructions to parents placed conspicuously on toy packaging such as warning parents that certain toys are not appropriate for children under a certain age. They must also caution parents that a toy may pose a choking hazard or that children under a certain age may need supervision when using it. However, a parent cannot always be present while children are playing. Toys that are small, sharp, that propel objects, or which are designed as weapons would seem to inherently dangerous or should only be used by older children.

If your child has been injured by a toy, contact an experienced personal injury lawyer to investigate the product and how the child was injured. Your lawyer can retain an expert who can determine if the toy manufacturer complied with industry safety standards, if adequate warnings were on the package, whether the toy was appropriate for the child considering his/her age, and if the toy’s defects were well-known but the manufacturer continued to market the product regardless.

What Parents Can Do to Ensure a Toy’s Safety

As a parent, you can take steps to determine if a toy is safe and appropriate for your child:

Toy manufacturers have enormous resources to fight such lawsuits and will aggressively defend itself. In such cases, it is essential that you retain the services of a highly experienced personal injury lawyer from Burns and Jain.

Damages in a toy-related injury depends on the nature and extent of the injuries, how the injuries affect the child’s future physical and mental abilities, and the reasonableness of the medical care and expenses among other factors. Typical damages include:

Toy injury claims often do present complicated issues of liability and damages, and are aggressively defended by manufacturers or its insurers. By retaining a knowledgeable and highly experienced personal lawyer from the law offices of Burns and Jain, you will have a greater opportunity to obtain the compensation to which you are entitled. Call our office today at (617) 286-3594 for a free, in-depth discussion of your child’s toy injury claim.